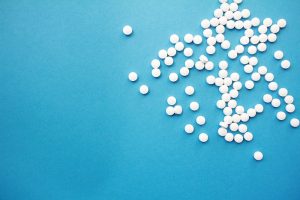 What is the opioid crisis?

More than likely, you have heard of opioids before, even if just in a movie or on the news. However, the opioid crisis, also known as the opioid epidemic, is a genuine issue that affects everyone, not just users. Surprisingly though, many people don’t know what the actual crisis is.

The opioid crisis specifically refers to the growing number of deaths and hospitalizations due to opioid use, from prescription medication and illicit drugs. The number of people dying from accidental overdoses of opioids eclipses every other drug combined. In recent years, death rates have risen, and over 60% of drug-related deaths involve opioid usage, making drug overdoses one of the leading causes in accidental deaths within the U.S with opioids claiming an average of 100 lives a day.

The Center for Disease Control and Prevention (CDC) claims that the total economic burden of the opioid crisis costs the United States over $75 billion a year.

How did the epidemic start?

Most researchers claim the start of the opioid crisis occurred during the late 1990s when pharmaceutical companies began pushing the use of synthetic and semi-synthetic opioid pain relievers to health care providers. These companies claimed that these new drugs were less or non-addictive in comparison to morphine and had fewer dangerous side effects. Doctors began to prescribe these new opioids to the public for pain relief. The increase in these new opioids led to widespread misuse and proved that these medications were highly addictive, unlike the pharmaceutical companies’ claims.

Opioids are synthetic narcotics, chemically similar to opiates, which are drugs derived directly from opium, made from the white liquid of poppy plants. Morphine, the most abundant natural opiate, has been used for many years as a pain reliever. As medicine advanced, more and more ways were found to replicate the effects of morphine, making it stronger or weaker depending on the patient’s needs. Today, opioids are almost synonymous with pain relief medications. They are strongly linked to addiction to illegal opioids. In essence, over 80% of people suffering from an addiction to heroin or other illicit opioids were prescribed an opioid pain reliever by a doctor for medical treatment at some point.

Examples of common opioids include:

As mentioned above, many who become addicted to opioids do so after being prescribed opioid medication for pain relief. The addictive nature of these drugs can make it easy for the brain to be tricked into craving more. Most patients do not realize until after their prescription ends that they have become dependent on the medication to function “normally.” Once the prescription ends, patients are forced to either endure the symptoms of opioid withdrawal as they become clean or they seek other means of getting their “high,” turning to illicit drugs such as heroin.

What is being done?

In response to the crisis, departments such as the U.S. Department of Health and Human Services (HHS) and the Center for Disease Control and Prevention (CDC) are committed to fighting the opioid epidemic. They are doing so by supporting states and communities as they work to identify outbreaks, respond to overdoses, and provide care to those in need.

These groups focus on improving access to treatment and recovery services for those who suffer from misuse or addiction to opioids, promoting the use of overdose-reversing drugs, strengthening the public’s understanding of the epidemic, and providing support for research on pain and addiction connected with opioids.

Know your options and talk to your doctor about ways to manage your pain without the use of opioids. Some options may work better and have fewer risks and side effects.

If you are prescribed opioids for your pain, you have the following responsibilities to help ensure you are getting the safest, most effective pain management possible. Talk about all side effects and concerns you may have with your doctor. Never take opioids in higher amounts or more than prescribed and do not share or sell your medication. Regularly follow-up with your doctor to ensure your prescription is still working for you and that you are not showing signs of dependency or addiction.

The effects of the opioid epidemic are not just one person’s problem; it will take everyone to know the dangers, signs, and symptoms of abuse to overturn this epidemic. Talk more openly about the crisis and remove the stigma of addiction; it isn’t just something that happens to those who are weak as it can happen to anyone without even knowing it. If you believe that you or a loved one is showing signs of addiction, reach out to a treatment expert immediately.