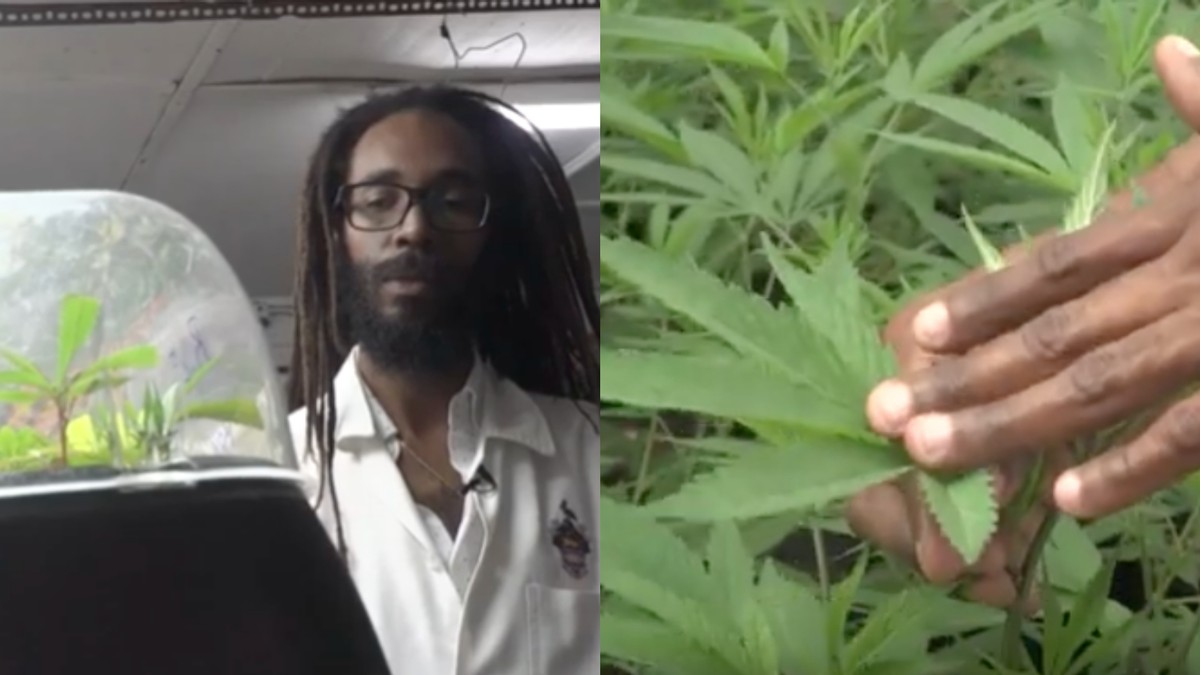 If you’re a good old cannabis connoisseur, you already know that Bob Marley is the OG hit-man, an iconic symbol for stoners and the greatest propagator of the Rastafarian religion. So you can be sure he had the best stash in town. Except it all kinda got lost some time in the 70s and 80s amidst the US crackdown on cannabis. Luckily for us though, there’s a Jamaican scientist with horticultural talents, who’s trying to regrow the strain so that all stoners can aspire to achieve Marley-level highs.

Known as ‘supreme ganja’, the landrace cultivation used to grow naturally in Jamaican soil before humans decided to burn it all away. “In the 50s, 60s, 70s, Jamaica was known for its landrace cultivar which definitely gave Jamaica that international reputation,” Dr Machel Emanuel, the scientist looking to find the lost spark, armed with a doctorate in biology and a speciality in horticulture and the adaptation of plants to climate, told AFP. Over time, the easily identifiable strain was replaced with easily hideable hybrids, or synthetic strains with higher THC levels. But now, Dr Emanuel is growing them amidst mangoes and lychees through a natural process in his botanical garden, which is part of the Biology Department at the University of the West Indies in Kingston.

This 35-year-old Dominican has been growing ganja since 2001, shifting shop to Jamaica in 2008 so he could focus on his higher studies. While he loves his own smoking up sessions, he prefers to vaporise or ingest marijuana through aromatherapy instead of smoking it.

But his journey to score some ‘supreme ganja’ had its share of potholes. For one, the landrace grain is now scattered all over the four corners of the Carribean. So to get it right, Dr Emanuel travelled to Guadeloupe, Trinidad and Dominique, in search of Rastas who live and grow this strain, even hiking six hours to find one who had been living in isolation on a mountain for the last 40 years. The plant is adapted to its environment and with “unique growing characteristics based on its flower, on the smell, on the flavour, even on the euphoria” it delivers to those who consume it, he said.

While the good doctor’s marijuana mission was inspired more from love for the grass than for selling it, he has already developed an entire marketing strategy. The marketing material calls the herb ‘pure’ and ancient, stressing that it was smoked by Bob Marley in an attempt to attract customers in countries and regions like Canada and some American states where its use has been legalised. “There is a nostalgia value that could be added based on marketing applications,” he said. “Jamaica’s reputation was basically built on these plants.” In fact, he even wants to establish a Geographical Indicator (GI) tag for his stash and make it like “just like Champagne in France.”

But even as companies sniff around with interest for his strain, he’s not so hot on puff-puff-passing without proper intellectual property credits and is staying true to the Rastafarian roots to ensure equitable ‘fair trade’ for producers in developing countries. “What kind of credits would there be for the university and for the farmers that have preserved those seeds?” he questions

To put it as he does, ”You can’t buy happiness, but you can buy weed.”