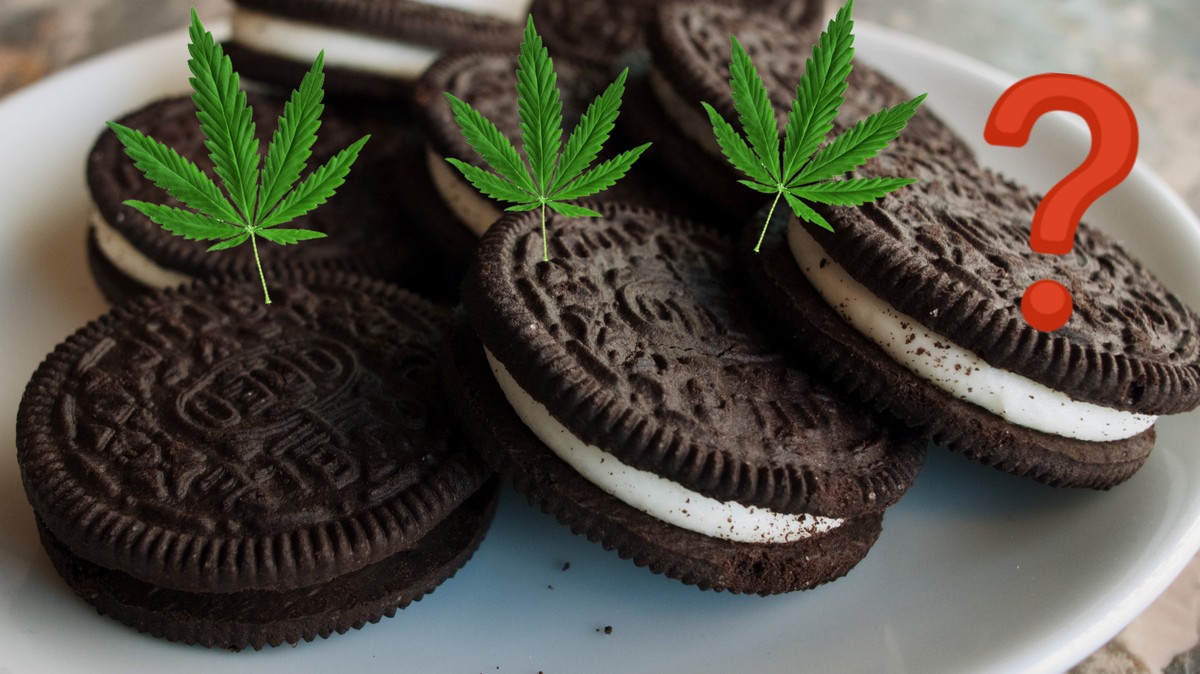 Prevention, your grandmother’s go-to magazine for breaking news about tick repellents and urinary tract infections, has written almost a dozen articles about CBD in the past few months, including one recent piece that lists the best CBD-related vape pens, gummies, and chocolates. This might have been one of the biggest indications that CBD had gone Full Normie—at least until Dirk Van de Put sat down with CNBC earlier this week.

Van de Put, the president of food conglomerate Mondelez, told “Squawk on the Street” that the company is considering adding CBD to some of its products, which include Chips Ahoy, Ritz Crackers, Oreos, Cadbury, and Triscuits, among others. “Yes, we’re getting ready, but we obviously want to stay within what is legal and play it the right way,” he said.

He didn’t provide any real details—MUNCHIES has reached out to Mondelez for additional comment, but has not yet received a response—and didn’t provide an actual timetable. He did say, though, that the company is waiting for the US Food and Drug Administration (FDA) to further clarify the regulations for using CBD in food and beverage products. “The space is not clear,” he said. “It’s a bit clearer in non-food products. In food products, I’m hoping that the FDA will bring some clarity in the coming months.”

With Van de Put’s comments, Mondelez has been added to the list of Big Brands who have released (or talked about releasing) similarly infused items, or new CBD line extensions. On 4/20, Carl’s Jr. broughtits Rocky Mountain High CheeseBurger Delight—complete with CBD-spiked Santa Fe sauce—to one restaurant in Denver, and said that the burger could eventually appear on a lot more menus. “[T]his is a huge trend with consumers,” Patty Trevino, Carl’s Jr.’s senior vice president of brand marketing, said. “It is something that feels right for the brand.”

Last December, Anheuser Busch InBev announced a partnership with Canadian cannabis company Tilray, and said that the two would join forces to research booze-free beverages that contain both CBD and its more psychedelic co-chemical THC. On top of all that, the founder of Jelly Belly recently released his own CBD jelly beans, and longtime weed aficionado Willie Nelson introduced Willie’s Remedy, a $36 bag of CBD-infused coffee.

Even Coca-Cola has been forced to deny rumors that it was developing CBD drinks. “We have no interest in marijuana or cannabis,” the company said in a statement. “Along with many others in the beverage industry, we are closely watching the growth of non-psychoactive CBD as an ingredient in functional wellness beverages around the world. The space is evolving quickly. No decisions have been made at this time.”

On Friday, 88-year-old Warren Buffett and 95-year-old Berkshire Hathaway Vice Chairman Charlie Munger both told FOX Business that they were delighted that Coke wouldn’t add those three letters to its ingredient list. “It would be a mistake for Coca-Cola to get into the marijuana-cannabis business,” the two said. “They have a wholesome image and that would be detrimental to it.”

That whole attitude is both 1) exactly what you expect from two dudes who were alive during Prohibition and 2) exactly why Van De Put says that we probably won’t see CBD in the company’s “family brands,” like Oreos. (Hydrox, this is your time to step up.)

Honestly, by the time Mondelez rolls out its own CBD cookies or crackers, you, me, and your grandmother will already be overwhelmed by all of the CBD shwag that’s crowding the market. What are we supposed to take when even CBD starts to make us feel slightly anxious? Get back to us on that,Prevention.