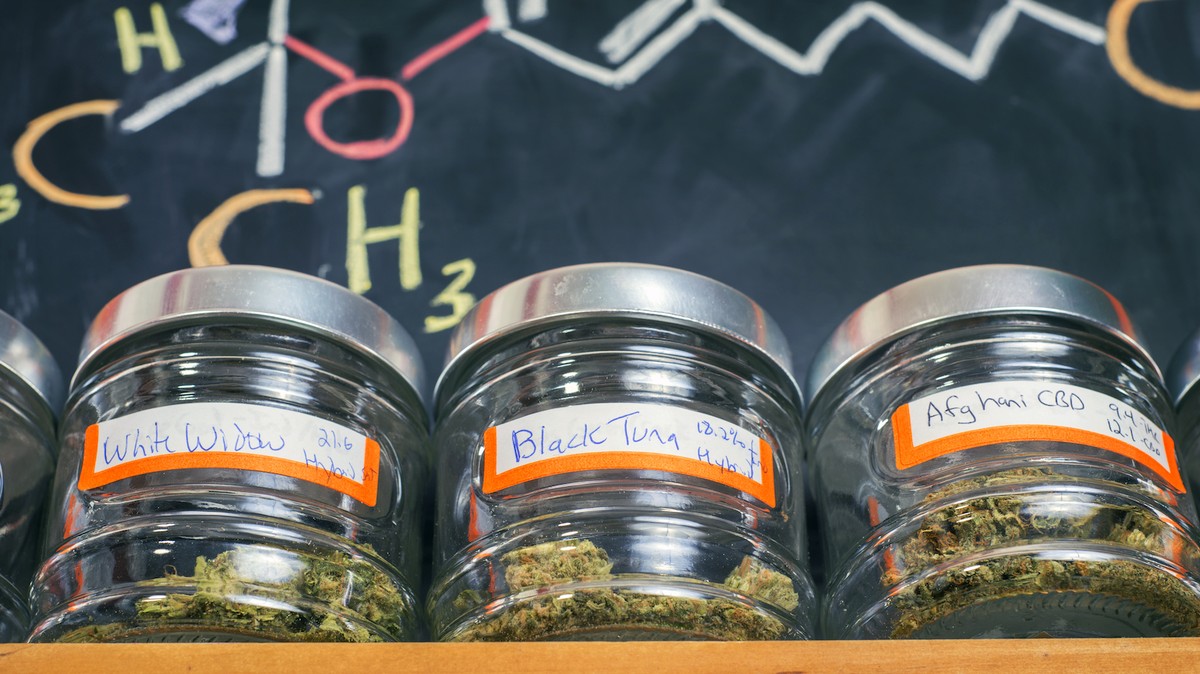 Legal cannabis shops have a problem: financial institutions in the US still aren’t eager to play nice with an industry whose product remains federally illegal, even though it’s been legalized for recreational use in 10 states.

For dispensaries in these legal markets, finding a local credit union willing to take on cannabis customers is often the only option. Otherwise, opening a bank account is difficult, and credit card companies are also wary of the burgeoning weed industry—meaning cannabis businesses are often left without a legitimate bank account or the ability to accept credit card transactions.

That means handling cash. A lot of it. And cash causes problems.

“Marijuana-related businesses are drowning in cash, literally piles of cash,” Steve Schain, a banking and cannabis lawyer at Hoban Law Group in Pennsylvania (where medical pot is legal, but not for recreational use), told Motherboard. “It creates security problems, it’s not insured, and if lightning were to strike a dispensary it would all be gone. You’ve got to pay your vendors in cash, your utilities in cash, and it’s a real pain in the neck.”

Cryptocurrency advocates have long lauded the technology’s promise for people or groups who are under-banked or un-banked entirely. In reality, digital currencies are still a niche interest with few businesses willing to accept them—where, if anywhere, is all this theory being put into practice?

In the wild and weird world of the US legal pot market, some cannabis businesses—though it’s unclear how many—have either found workarounds involving cryptocurrency that allow customers to use bank-issued cards in-store, or even accept Bitcoin directly.

“We use a system that briefly takes hard currency and changes it into cryptocurrency and then swaps it back,” Lisa Gee, director of communications and corporate responsibility for Lightshade dispensariesin Colorado, said.

Lightshade doesn’t advertise on its homepage that its payment system injects cryptocurrency between customer and merchant. For the company, it’s a means to an end.

“The conventional merchants services world is not really open to cannabis,” Gee said. “The workarounds have been really creative. Pretty much everyone has found their own solution by hook or by crook, and we’re no different from any other grower or dispensary group that’s found something that works for us.”

Gee didn’t divulge the name of the company Lightshade works with, but Motherboard came across a startup called Posabit that allows customers of cannabis businesses to pay using their credit cards with a cryptocurrency conversion step. Posabit’s website includes testimony from Starbuds dispensary in Colorado, and a 2017 article in the Globe and Mail notes that, at the time, Posabit’s system was used by 30 dispensaries in Washington state.

According to Schain, while cannabis is federally illegal, the real reason banks and merchant services won’t work with cannabis companies is that the practice is seen as too costly.

Schain explained over the phone that this all stems from the Bank Secrecy Act of 1970, which was enacted to curb money laundering and other illegal activities. Anything that is federally illegal—including cannabis—also violates the Bank Secrecy Act, he said.

Things changed somewhat in 2014, when the Department of the Treasury Financial Crimes Enforcement Network (FinCEN) released guidelines for financial institutions to onboard cannabis businesses while remaining compliant, a move that Schain described as a “wink and a nod.” These guidelines, while technically allowing institutions to service cannabis businesses, also create numerous requirements and roadblocks for providing financial or merchant services to cannabis companies, including having to file Suspicious Activity Reports (SARs) on transactions.

Read More: Ancient Viruses Are Probably Why Weed Has THC and CBD

“None of these [guidelines] have the weight of law,” Schain said. “It’s all the same as if you went into Chipotle and the bathroom says all employees must wash their hands.”

Now, banks and merchant services like credit cards are in a curious position. If they provide services to cannabis companies, they are technically breaking federal law. But FinCEN’s guidelines have created a loophole lined with red tape. So the question of whether to provide financial services comes down to risk, and the cost of compliance.

According to Schain, some banks charge cannabis companies anywhere from $2,500 to $10,000 a month to essentially provide a bank account, and the margins that credit card companies make on transactions—paired with all the reports they must file to remain compliant—make it a non-starter. Credit card companies in the US don’t even have a merchant code for cannabis transactions, Schain said.

But some banks do take the risk. “It’s 100 percent illegal to do that,” Schain said, “but I advise banks all the time on doing this, and they’ve chosen to do it, because states want the tax revenue.”

Cryptocurrency services that work on the back end is one workaround available to legal dispensaries, but so is accepting cryptocurrency directly. This comes with its own challenges.

Helping Hands Herbals, a dispensary in Boulder, Colorado, is another dispensary that has implemented cryptocurrency. In fact, it accepts Bitcoin directly. According to manager Luis Palacios, Bitcoin is the only form of payment that the dispensary accepts besides cash and debit cards—no credit.

“All we can do now is cash or a debit transaction at the point of sale, which is basically an ATM transaction, those are the two options,” Palacios said. “So cryptocurrency allows for the very much growing cryptocurrency environment to join us as another method of payment, which is great.”

Helping Hands is one of a handful of dispensaries, grows, and even a seed company, that are owned by Brooke Royse-Mallers—known online as “Bitcoin Mom” for her advocacy—and her husband. Royse-Mallers said that accepting Bitcoin is, firstly, a way for the two to obtain more bitcoins, and secondly, a way to avoid the pitfalls of a cash-only business.

“We can offer a better, safer alternative to accepting cash—we don’t have to hire armed guards and trucks to deliver it,” Royse-Mallers said.

Still, accepting Bitcoin directly—versus using a service that converts money to cryptocurrency, and back again, which Royse-Mallers described as a “wonky workaround”—presents its own problems, she explained.

“Nobody has Bitcoin, so we have to find a way to get people onboarded to have Bitcoin that they can spend,” Royse-Mallers said. “And people who have Bitcoins don’t want to spend them because they think it will go up in value, so we have to offer discounts and incentives.” Helping Hands offers a 10 percent discount to customers who pay in Bitcoin, she said.

If the finance situation in the US gets sorted out, Royse-Mallers said, there’s no question that most people will simply start using credit card services just like any other business. “At that point there’s not really a need to use cryptocurrency if you can accept credit cards, because it’s just more convenient,” she said, adding that Helping Hands will still find ways to incentivize people to use Bitcoin.

It’s ultimately unclear how many dispensaries are really looking to cryptocurrency as a stopgap at a very, very weird time for the legal cannabis industry in the US—instead of simply remaining a cash-only business—but at least some businesses are finding it somewhat useful.

“It’s unfortunate that they don’t allow us to have proper payments, it really de-legitimizes us in a way,” Palacio said. “We’d rather have that full support from all payment entities but it comes down to the unfortunate reality that cannabis is still a Schedule-1 drug.”

Get six of our favorite Motherboard stories every day by signing up for our newsletter.