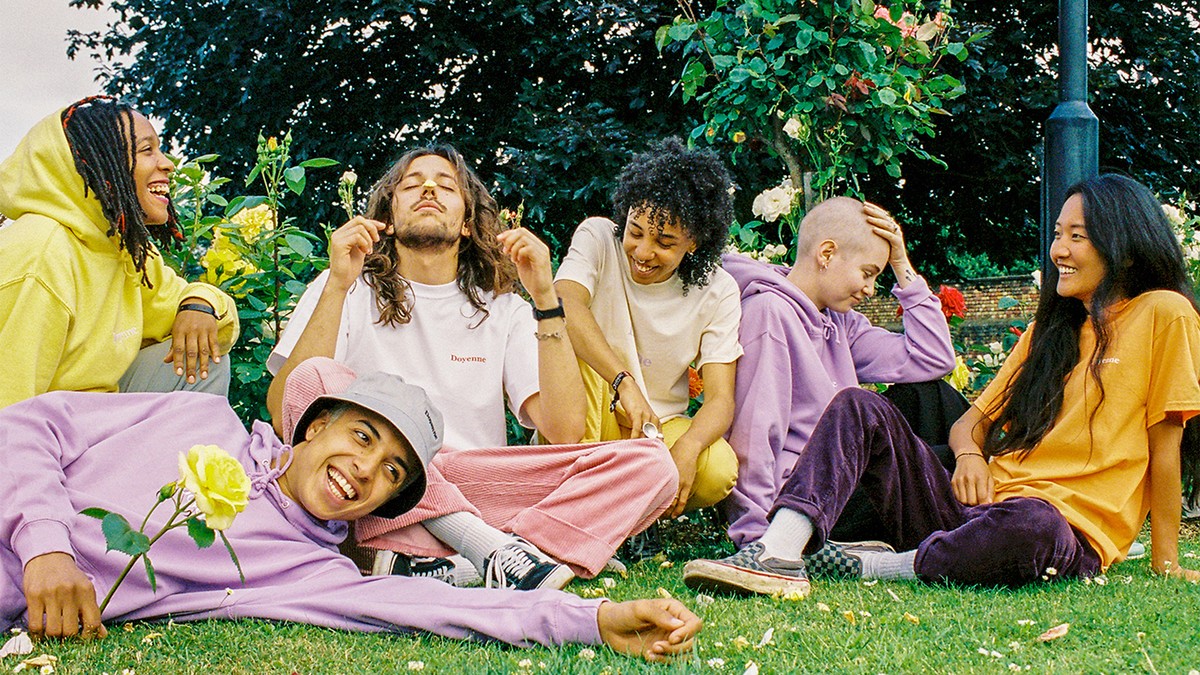 There’s nothing we like more than a good makeover. Whether it’s Rachael Leigh Cook falling downstairs in that red dress in She’s All That, or the slightly abusive computer who forced people to remove their fake tan on Snog Marry Avoid, there’s nothing the collective culture enjoys like a good before and after. In 2018, nothing has had a bigger makeover than cannabis.

Across every industry, from medicine, to fashion, to beauty, to food and drink and journalism, cannabis has been having A Moment. The iconic marijuana leaf has moved in from the fashion wilderness of your older brother’s room with its Bob Marley posters and Pink Floyd albums. Now, it’s featured in the collections of Vetements, Jeremy Scott and Stella McCartney, and its popularity has contributed to the push for huge changes in drugs laws –– whether that’s full legalisation for recreational use in Canada, or the availability of cannabis on the NHS in Britain, which has huge implications in improving the lives of those living with epilepsy, cancer, autism and mental health issues. Marijuana has never been more accepted, but more than that, it’s never been more chic.

“We’re seeing a lot of ‘greenwashing’ right now,” says Cult Beauty co-founder Alexia Inge. “Companies are jumping on the bandwagon for this trendy ingredient, but there’s still a lot of pushback from more conservative quarters. For example many US payment gateways will refuse payment for perfectly legal CBD products if ‘cannabis’ or ‘CBD’ is in the product name.” ‘Greenwashing’ is a term that usually refers to promoting a product by attempting to make it seem environmentally friendly when it’s really not. When it comes to cannabis though, greenwashing is more about how companies are jumping on the CBD bandwagon as it becomes more and more popular in skincare and make-up –– and subsequently more lucrative. CBD oils in particular are popular. CBD, the non-psychoactive ingredient in cannabis, is increasingly in demand as a pain-reliever, anti-insomnia and anti-anxiety compound, but also appears in skincare products, promising to reduce puffiness and dark circles, like those from MGC Derma. As CBD becomes more popular in beauty, the prices have also shot up –– far from the budget options you can pick up in Holland and Barrett for as little as £25, oils from Kiki Health and Ho Karan sell for as much as £175.

“Deregulation has made cannabis America’s latest gold rush,” says Alexia. “Hemp seed oil has been recognised as a skin fixer for centuries, but there’s a new wave of interest in cannabinoids as a skincare must-have. They’re great for healing over-sensitive or inflamed conditions such as acne, psoriasis, eczema and dry irritated skin, but their essential fatty acids make them incredible day moisturisers too. CBD also has strong anti-inflammatory properties when ingested, which can relieve muscle pain, period pain, anxiety stress and even chronic pain conditions. CBD does for your body what THC does for your head.”

Of course, CBD has also infiltrated the mainstream market as much as with luxury consumers, as more and more companies take advantage of the cannabis hype and popularity. It’s appearing in smoothies, health juices and even food. Last month By CHLOE, Instagram’s favourite millennial pink vegan restaurant, launched their FEELZ pop-up, dedicated to CBD-infused brownies, cookies and cakes. “I think consumers are becoming more and more curious about the benefits of CBD,” says Samantha Wasser, By CHLOE’s co-founder. “I believe our snacks are both a fun way to enjoy it and a way of continuing an important conversation and debunking some of the misconceptions around CBD, like that it will get you high, for instance.”

“I think CBD-infused products will continue to be a regular feature on menus across the food and beverage industries. There really is limitless potential and the offerings are only going to get better. From our perspective, we want to bring CBD into the mainstream just like we did with vegan food.”

But the repackaging of cannabis for the mainstream consumer market might be more problematic than you’d think. Yes, the health benefits of CBD are undeniable, and the fact that it’s a buzzword is hugely helpful in removing the stigma around cannabis, but will it actually impact the archaic and oppressive war on drugs, in regards to marijuana especially, which has historically targeted people of colour disproportionately. In the US alone, black people are a massive 375 percent more likely to be arrested for possession of marijuana than white people. As more and more US states decide that cannabinoids are now acceptable, what becomes of those already imprisoned for minor possession and distribution crimes? And whether their sentences will all be expunged as part of our collective rethinking of marijuana remains unseen.

Against this sensitive and problematic backdrop, some are quick to distance themselves and differentiate between “good” cannabis use and “bad”. “I think CBD consumer industries will be very careful to disassociate themselves from the recreational usage of the drug,” says Cult Beauty’s Alexia. “The path to legalisation and social acceptance [of cannabis] lies in legalisation and scientific research rather than the wellbeing and beauty industries.”

Others are hyper-aware of how our current cannabis obsession sits in a wider socio-economic context and the uncomfortable racial implications it has for users. Anja Charbonneau, editor of Broccoli, a magazine for women who love cannabis, says nu-stoners should be more wary of whitewashing than ‘greenwashing’.

Anja, who is based in Oregon, says acceptance of the substance is constantly evolving. “I get emails from readers in other states and countries who still don’t feel comfortable telling their close friends they consume because they’re afraid of being judged or arrested. Everyone has a responsibility to fight against the whitewashing of cannabis, whether you’re a consumer or a company. We donate part of our proceeds to the Brooklyn Bail Fund, an organisation providing bail and other resources to low-income people with misdemeanour offences, including cannabis possession.”

Anja is mindful of how the CBD and cannabis craze – its popularity among wealthier, whiter audiences – can be used for good, or at least as part of an attempt towards changing a narrative that has historically victimised poor people and POC. Weed is no longer just a punch line in every single Judd Apatow film ever made, but if it’s being reclaimed by white women, then those same white women have an obligation to recognise their own privilege in getting to enjoy it. “Weed is such a personal and meaningful part of people’s lives,” Anja tells i-D. “It creates connections, it creates community. Acceptance leads to legalisation, and puts pressure on the justice system to stop targeting and jailing black and brown people for cannabis-related offences. We want Broccoli to be a platform for positive change and for lifting up voices who have been traditionally kept down, because stoner culture has always had such a masculine representation.

“People are sick of seeing white dudes rule every narrative.”