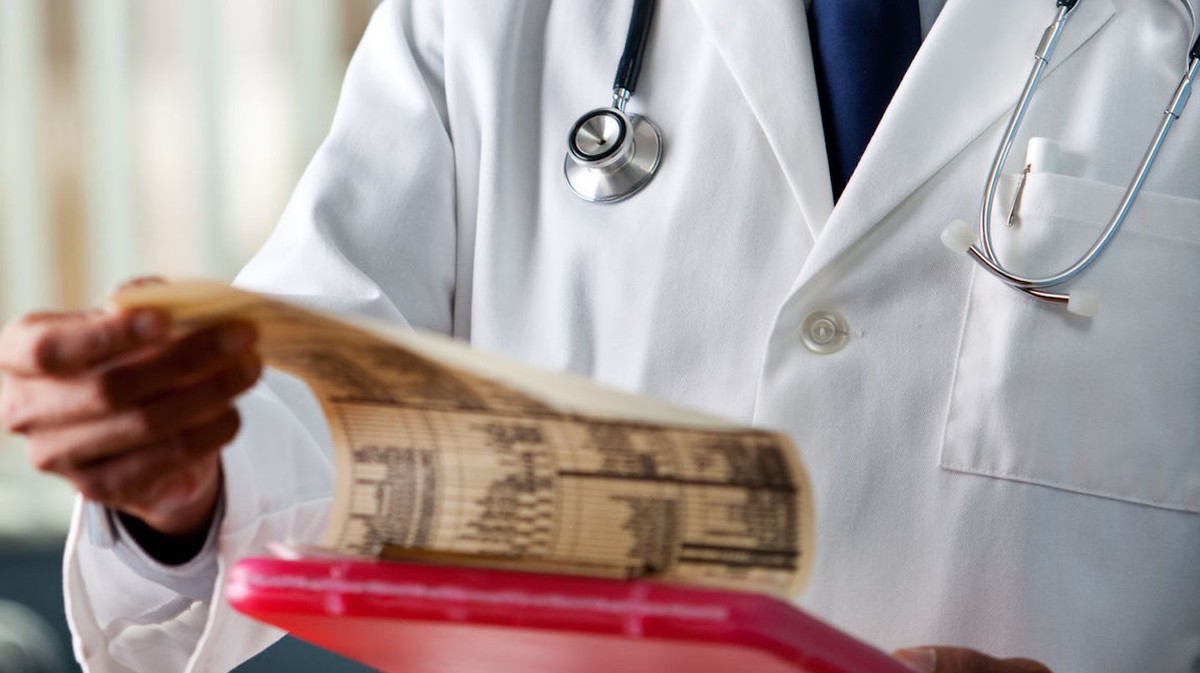 The decision to take iboga, a psychedelic that comes from the roots of the African Tabernanthe iboga plant, was not one I took lightly. A friend first recommended it about a year ago as a way to treat my insomnia, cystitis, muscle twitches, heart palpitations, and other symptoms I believe stemmed from chronic Lyme disease. But I knew iboga could cause heart complications in people with certain pre-existing conditions, so I first tried other treatments like hyperbaric oxygen therapy and kambo. When I still didn’t feel well after six months, I found an iboga retreat in Mexico with medical staff present and got an EKG to ensure I wasn’t at risk for iboga-related cardiac issues.

Iboga is believed to interrupt patterns within the nervous system, which is why it is sometimes used to help opioid addicts kick their addictions. While research on this is very much still limited and developing, a 2000 study of five people addicted to opioids and/or cocaine found that two were free from withdrawal symptoms and cravings a week after one dose. Some believe it can facilitate other kinds of physical healing, particularly for neurological conditions.

I went in skeptical, but the iboga lived up to its promises. A week later, I reported to my doctor that I was completely symptom-free. “A psychedelic? Why would you do that?” she asked. How could I begin to explain that this was so much more than me taking drugs with my friends for entertainment?

When I told her about iboga’s use as treatment for drug addiction and other health problems, she became curious and started googling it. She seemed impressed that it had helped me so much so quickly, though she still warned me that psychedelics’ effects don’t usually last. It was hard to take her advice seriously, though, when she wasn’t familiar with the drug at all.

This problem is one that many people who use drugs deemed “recreational” by society are increasingly coming up against, especially as more people take advantage of cannabis and psychedelics’ medicinal benefits. They may rely on their doctors for information about prescription drugs, but often, they’re the ones who have to educate their doctors when it comes to anything beyond that. And in the process, they risk the possibility that their doctors may shame them. There’s also the fear, for many, that a doctor might report them to law enforcement rather than understand their needs and work with them to balance the benefits they may get from non-prescription drugs with the risks (this type of snitching violates medical ethics and is very unlikely).

“It can be difficult knowing if your doctor’s concern about your drug use is legitimate or based on the doctor’s own belief system,” said Valerie McDonnell, a clinical social worker in Virginia who has worked with women with substance use disorders. On the one hand, if your drug use carries risks you’re not aware of, a doctor’s visit could be a useful reality check. “It is possible that the drug someone is using may even cause symptoms they wouldn’t expect to be due to the drug,” said Colin L. Robinson, assistant clinical professor of medicine at UCLA Internal Medicine and Pediatrics (who is not involved in psychedelics research, so remains relatively unbiased). “I have seen times where patients undergo elaborate evaluations, and it turns out their symptoms are attributable to a drug they have been using all along.” For example, some people who smoke weed excessively develop a condition called cannabis hyperemesis syndrome, characterized by persistent nausea and vomiting.

It’s important to disclose your drug use to your doctor so that they can determine whether it may be contributing to or causing your symptoms, as well as whether any drugs you’re taking could interact with medication they may prescribe. If you’re using drugs to self-medicate, this information could also provide a clue into what symptoms you’re dealing with and their severity, Robinson said.

On the other hand, in our culture of “just say no” drug education, doctors may not always be aware of the ways in which drug use could have benefits and may be quick to assume it’s a problem. If your doctor believes you have a drug problem, one way to assess whether they’re correct is to ask yourself if you fit the Diagnostic and Statistical Manual of Mental Health Disorders’ (DSM-5) criteria for substance use disorders: Wanting to cut back or quit but being unable to; getting cravings; feeling like drugs interfere with your life; spending a lot of time seeking out, using, or recovering from the effects of substances; or taking more and more to get the same effect, said McDonnell. If your doctor believes you have a drug problem but you don’t have any of these symptoms, they may be making an assessment based on assumptions.

Even if you do have signs of a substance use disorder, it’s better for health and overall treatment if your doctor approaches that with compassion rather than condemnation. “Our job as physicians is to act non-judgmentally, look holistically at the person we are caring for, and help to come up with a plan that best fits them,” Robinson said. “Even if part of that plan includes counseling against something you are doing, it should be coming from a place of genuine concern and not one of disrespect or judgment.”

If your doctor expresses concern over your drug use, you also have the right to ask them why. They should be able to explain how exactly the drug you’re using could cause you harm, said Soyona Rafatjah, medical director and co-founder at the primary care and integrative medicine private practice PrimeHealth, who incorporates alternative medicine into treatment and recommends CBD and medical marijuana when appropriate. If they have a vague explanation like “drugs damage your brain,” that’s a sign that they don’t fully understand the effects of the drug you’re discussing with them.

In addition, their assessment shouldn’t be solely based on whether you use recreational drugs—they should pay attention to how you use them. “If your doctor does not ask questions about the quantity of usage or the set and setting of usage, and simply gives you a hard ‘no’ on every type of drug and usage, it’s likely that they are judgmental toward the use of all drugs and do not understand how to discriminate between experimentation, therapeutic usage, or abuse,” Rafatjah said.

The idea of using traditionally recreational drugs therapeutically may be foreign to some doctors, so if they respond with confusion (like mine did), you can tell them about recent research or even show them studies, Rafatjah said.

Of course, ideally, you shouldn’t have to deal with a doctor who would inappropriately judge your drug use in the first place. The easiest way to find a doctor with a balanced view of drug use is through word of mouth. However, some doctors who have taken courses on treatment with drugs like ketamine, MDMA, and psilocybin advertise this on their websites, Rafatjah said. There are also online databases of doctors who prescribe medical marijuana, which is one indicator of their level of drug education.

“If you ever feel uncomfortable during an appointment with a clinician, you have the right to end the appointment or ask questions regarding the discomfort you feel,” McDonnell said. “If you have already disclosed something to your doctor and then begin to feel judged by your doctor, you can stop the conversation and ask your doctor what he or she plans to do with the information you shared.”

Whoever your doctor is, rest assured that you aren’t likely to get reported to the police. A doctor can only report your drug use if you have plans to overdose or if you’re a minor and they feel your parents need to know about dangerous behavior, McDonnell said. So, judgment is probably your biggest risk. The only other place your information may be shared is with your insurance company. If you’re concerned about that, you can ask your doctor what information you have discussed will be shared with third parties.

Still, even if your greatest risk is judgment, the stakes are high because you need to be able to confide in your doctor. “It’s important to have have an open, honest, and trusting relationship with your physician and be able to talk to them about things like drug use because sometimes it can be life-saving,” Rafatjah said. “If you’re abusing drugs and you’re too scared to talk about it with your doctor out of fear of judgement, then potentially life-saving measures may not be given to you.”

Having been shamed by doctors for my drug use, I was hesitant to tell my doctor about my experience with iboga. But ultimately, I want doctors to know about the positive impact certain drugs can have on physical and mental health. And the conversation was useful for me as well. While I’m still in a better place than I was before, my doctor was right that the complete eradication of my symptoms wouldn’t be permanent, and it was helpful to know I shouldn’t just stop all my other treatments. Hopefully, as word gets out that mind-altering substances are not destructive in all instances, conversations between patients and doctors will become more multidirectional like this, with both parties educating each other to work toward a holistic treatment plan.

After all, this kind of relationship can make the difference between getting well and not. “If you trust your physician, you can be more open about symptoms, thoughts, concerns, and even the struggles of being ill,” Robinson said. “You will also know that your physician’s advice comes from a place of true caring and respect. Likewise, they will also trust that what you tell them is the truth and that they are respected as well, which will help them to do their job better.”