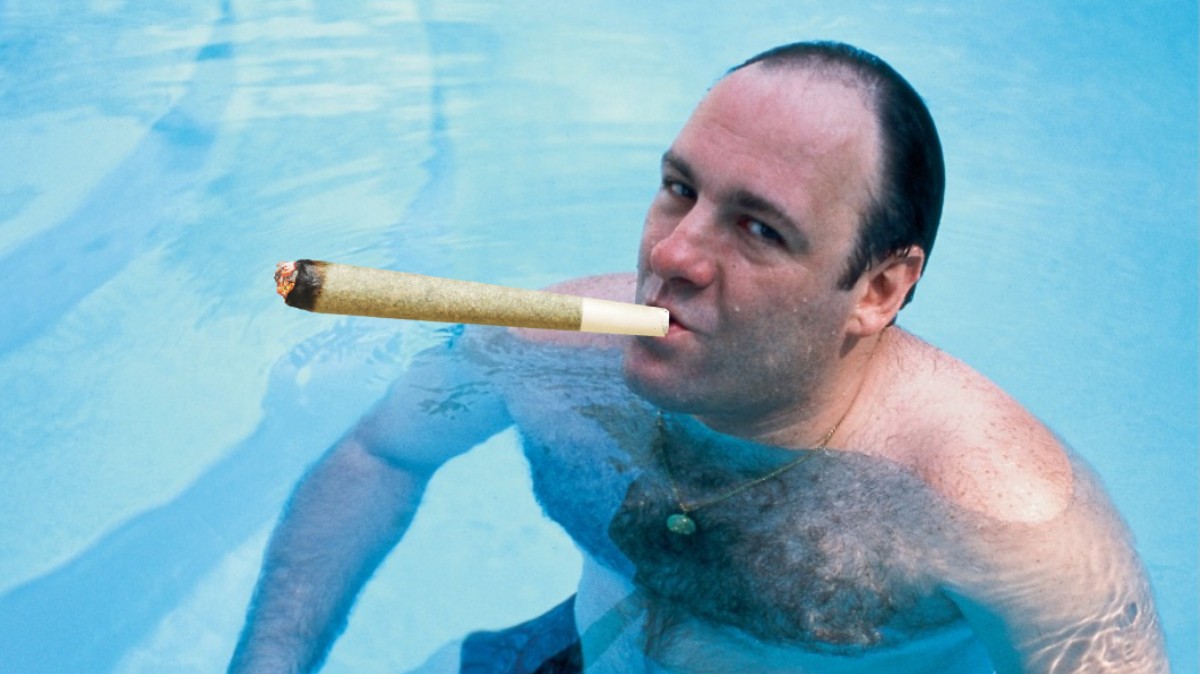 After the Democrats running New Jersey saw their best shot yet at legalizing weed die an ugly, dramatic death in the state legislature Monday, advocates for recreational pot in one of the larger markets in the Northeast were left to hope they’d get another opportunity sooner rather than later.

Chances are, they will. But first they have to figure out why weed legalization isn’t as obvious to some key players in mostly liberal locales as it is to others.

The Tri-state battle over recreational weed began in 2017, when New Jersey voted in Governor Phil Murphy, a former Goldman Sachs higher-up who defeated his predecessor Chris Christie’s lieutenant governor, Kim Guadagno, by vowing to fight against Donald Trump’s policies, raise the minimum wage to $15, and legalize recreational marijuana as soon as possible. All within the first 100 days, he assured everybody.

Murphy has, in so many ways, proven his predecessor’s opposite—he was Barack Obama’s ambassador to Germany, and has pretty consistently professed a willingness to work with people as opposed to steamrolling them. He was swept in, evidently, as a direct rebuke to Christie, the brash, tell-it-as-it-is caricature who fell from grace and departed as the least popular governor in New Jersey history. And while a critical mass of legislators have so far failed to cohere around his campaign pledge to (quickly) legalize, that’s not as disheartening to advocates as it might appear.

Earlier this week, the New Jersey bill just barely collapsed before an actual vote because of both predictable Republican opposition and intra-party squabbles among Democrats. It would have created a licensing system tilted to benefit the state’s poorer areas, which are disproportionately black and disproportionately harmed by the drug war, and also allowed many drug offenders to clear their records or get out of prison or parole. The beefs raised against it ranged from moral and safety concerns (how to keep pot out of the hands of teenagers and drivers) to financial dilemmas to social-justice issues at the heart of the bigger debate about pot in America. After the legislation failed, Murphy, Democratic State Senate president Steve Sweeney, and Assembly Speaker Craig Coughlin insisted they weren’t worried. Progress, they claimed, had been made. Though it’s still unclear how many votes short they were at the last minute, they certainly came closer than anyone in the state had before.

“We’re going to sit down and get to work on figuring out the next steps,” Coughlin said at a press conference. “We didn’t get a touchdown, but we moved the ball to the one-yard line.”

Football metaphors aside, what was remarkable about the failure was that the bill Murphy had been pushing was essentially framed as a remedy for the wrongs of the war on drugs, or pot legalization by way of progressive laundry list. It also included clauses allowing for delivery and potential cafes.

However, a handful of influential politicians were not persuaded, including State Senator Ronald Rice, the chair of the local legislative Black Caucus. That might surprise non–New Jerseyeans expecting local luminaries of color to be in support of a bill that was as much about ending a racist drug war as recreational drug use.

“I worry that, number one, people are gonna get themselves killed in my neighborhood,” Rice, an ex-cop and activist from Newark, told VICE News last year, reflecting, in part, a generational divide on the issue. “A lot of the crack people and heroin people started with marijuana.”

Rice’s caucus wasn’t united in that view, however, and some prominent civil rights leaders and other black members of the legislature were in favor of the bill. Still, that doesn’t mean legal pot’s failure represented a fissure unique to New Jersey’s black community.

“I would disagree with the assessment that the Legislative Black Caucus is divided,” State Senator Troy Singleton said in an email statement. “This is a complex issue that the entirety of the New Jersey legislature views through their own specific prism, regardless of race or age. Our past experiences shape our views on this complex issue. So, I can only speak for myself when I say that I strongly support the expansion of medical and development of adult use cannabis policy in our state. I came to this place of support based on my deep belief that our nation’s prohibition policy has not made our communities safer, but rather has harmed the social justice fabric of our nation.”

Others opposed to the legal weed bill comprised a group of characters unique to New Jersey. Like the vaguely cartoonish Point Pleasant mayor Stephen Reid, who’s been a paid lobbyist against cannabis, and is often pictured wearing a bowtie. Or Ed Forchion, a.k.a. Weedman, the popular Rastafarian activist who runs a restaurant in Trenton and vocally opposes this version of legal pot because he feels it’ll shut out minority business owners.

On Monday, in one of his preferred stunts, Forchion protested near the state house, selling marijuana by the building and daring police officers to cuff him in an act of civil disobedience. (They did not.)

“I really thought they were going to arrest me this time,” Forchion told me over the phone, laughing. “I really wanted that public persona that, while they were inside making the white guys millionaires inside, they’re still arresting the black guy outside.”

Forchion’s issue is with the licensing and regulation of the cannabis market—he wants to be able to sell marijuana on the fly, however he pleases. For him, none of what was in the bill went far enough. He disagreed with Senator Rice’s view, he said, but not with the idea that legalization was being pushed by parochial interests.

Others weren’t convinced legalization would effectively address racial inequality. As the New York Times reported, Nia Gill and Shirley Turner, two black state senators, were leery—the former because of what she saw as the disappointing indicators in Colorado, such as the lingering disparity of the arrest rates of white versus black residents, and the latter about whether or not young people would be more tempted to try the drug.

“The black and brown men who have been victimized by the war on drugs, we really do get shut out,” Forchion reiterated. “I wish it was just an even playing field. But this bill, it doesn’t do anything for guys like me.”

These key opponents, in the end, may never be swayed. But in general, political observers in New Jersey were less than despairing about the likelihood of legal weed in the state popping up in the near future.

“I think [Murphy] has a road map on what he needs to do to bring it home from here,” said Micah Rasmussen, the director of Rider University’s Rebovich Institute for New Jersey Politics, and the former press secretary for Governor Jim McGreevey. “What [Monday] did was—and this is a hard distinction for people to make—because it looks like a loss. However, and I’m going to use a pun here: But he really smoked people out. Now he knows what some of the concerns of those potential ‘yes’ people are.”

“There’s only one state legislature that has done this so far,” Rasmussen said. “Ten states have legal marijuana, but only one of them is through the state legislative process, and that’s Vermont. It’s a really hard thing: You’re asking politicians to be ahead of, or at least in sync with, their voters.” In Vermont, he continued, “You could certainly say that it’s a progressive place, and their voters were ready—I think, in New Jersey, you might have to move people along.”

Jersey can be rather slow to evolve. As Matthew Hale, a professor of politics and public affairs at Seton Hall, pointed out, the state isn’t really as blue as outsiders make it out to be. New Jerseyans are less progressive than they are practical: The state cautiously embraced Obamacare; it legalized gay marriage only in 2013, not all that far ahead of the Supreme Court’s 2015 decision that made it the law of the land; and although it was at the forefront of legalizing sports betting, it took nearly eight years (and a Supreme Court decision) to finally make that a reality. As one of the most diverse, and the most densely populated, states in the nation, New Jersey has crept up to the front line on this issue—and while it’ll be impossible to persuade and flip everybody (Murphy and company don’t need that many more votes), the ongoing drama has shown that the state is wrestling with a knotted saga that involves generational divides, racist policing, and the creation of a whole new market.

Nonetheless, observers say legal weed is still more likely than not in the near future. For one thing, there’s the often-mentioned domino effect: Last November, two years after legalizing marijuana through a ballot, Massachusetts became the first state on the East Coast to finally open up dispensaries. It’s making its way down the Eastern Seaboard, too: New Hampshire, New York, Connecticut, Pennsylvania, and Maryland have all expressed interest in pursuing legalization. (Sweeney, the New Jersey State Senate president, has stated that a voter referendum is an option as well, though it’s a last resort.)

“While advocates would have liked for the legislature to send the bill to the governor’s desk this week, I think anyone who is paying attention has to acknowledge that the momentum on marijuana is heading in one direction: toward legalization,” said Tom Angell, an activist who runs Marijuana Moment, a news site that tracks cannabis legislation. “If social justice, public safety, and economic concerns weren’t enough to get a sufficient number of New Jersey senators onboard this week, building regional pressure as more nearby states end prohibition is likely to make more change their minds over the coming months.”