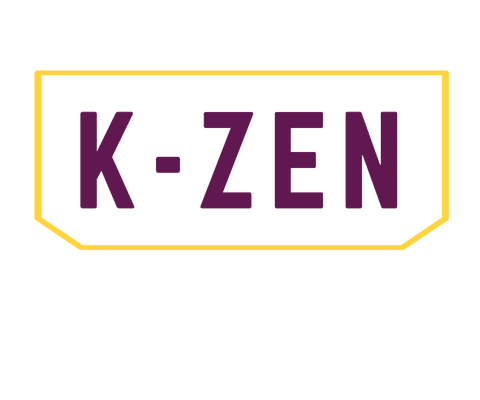 There’s a new cannabis-infused drink company coming together, helped along by the venture firm DCM, which just plugged $5 million in seed funding into the company.

So what’s the appeal? The opportunity to unlock a new market, it seems. Though Bay Area-based K-Zen has yet to roll out its first product — it’s working on three drinks that will be sold as shots and come in lemon chamomile, pink lemonade, and wild berry flavors — there aren’t yet throngs of cannabis-infused brands. At least, it remains an open playing field, and the opportunity that K-Zen is chasing looks to be big.

According to one of the boldest predictions so far — unsurprisingly, it’s one that cannabis startups and investors love to cite — the investment bank Canaccord Genuity recently posited that marijuana-infused beverages could hit $600 million in the U.S. by 2022.

Currently, many cannabis-infused beverages, including beer, still lack the psychoactive compound THC because of regulations around it. Companies have instead been infusing their drinks with CBD, a compound that can be derived from both cannabis and hemp plants and that has taken off since industrial hemp cultivation was made legal in the United States last year.

But things are changing quickly. Though pot remains illegal at the federal level, 34 states have now legalized medical or recreational marijuana, and more are expected to join their ranks. That largely explains the timing of a startup like K-Zen — whose name blends ‘kaizen,’ a Japanese philosophy of continuous improvement, and ‘zen,’ a state of calm originally associated with Zen Buddhism. More to the point, it explains why K-Zen isn’t steering clear of THC but will instead sell one drink that features it exclusively, and blends of CBD and THC with the others.

As explains cofounder and co-CEO Judy Yee — a veteran of numerous packaged goods and health and wellness companies — K-Zen is looking to target people like herself, a busy working mother who was looking for new ways to “bring joy into an active lifestyle” and had become “cannacurious” by last year.

In fact, it was after Yee tried topicals, then some experimental beverages, that she began discussing the emerging trend with a friend who Yee had crossed paths with at numerous jobs over the years, As luck would have it, that friend, branding expert Soon Yu, was once funded by DCM. Convinced that he could help Yee sell a product like K-Zen, Yu picked up the phone, shared K-Zen’s vision, and voila, a check was written.

Now, Yee and Yu just have to have the product made — then sell it.

Yee says K-Zen is on target to roll out its beverages this summer, where they will be made available in dispensaries, beginning in California, and directly to consumers via its site.

The five-person startup may have to educate customers first. The reason: marijuana-infused foods typically take at least an hour to kick in, making it harder for consumers to feel certain of how they will feel and what the impact will be on them of the THC they ingest.

Yee readily acknowledges the challenge, and says K-Zen is already considering how to help its customers. “People know what a glass of wine does to them, but [we may] create a pictogram that helps people understand that ‘If i drink this,’” how they are likely to feel afterward and when.

Very possibly, by summer, more of its future customers will have least tried one cannabis drink, given how quickly people are gravitating to new cannabis products. Though K-Zen is early to the game, it is not alone. As the outlet Eater recently pointed out, among other upstarts, a Seattle company called Trukino already makes both THC and CBD varieties of apple cider. Another company, California Dreamin,’ sells TCH-infused sodas that taste like tangerine.