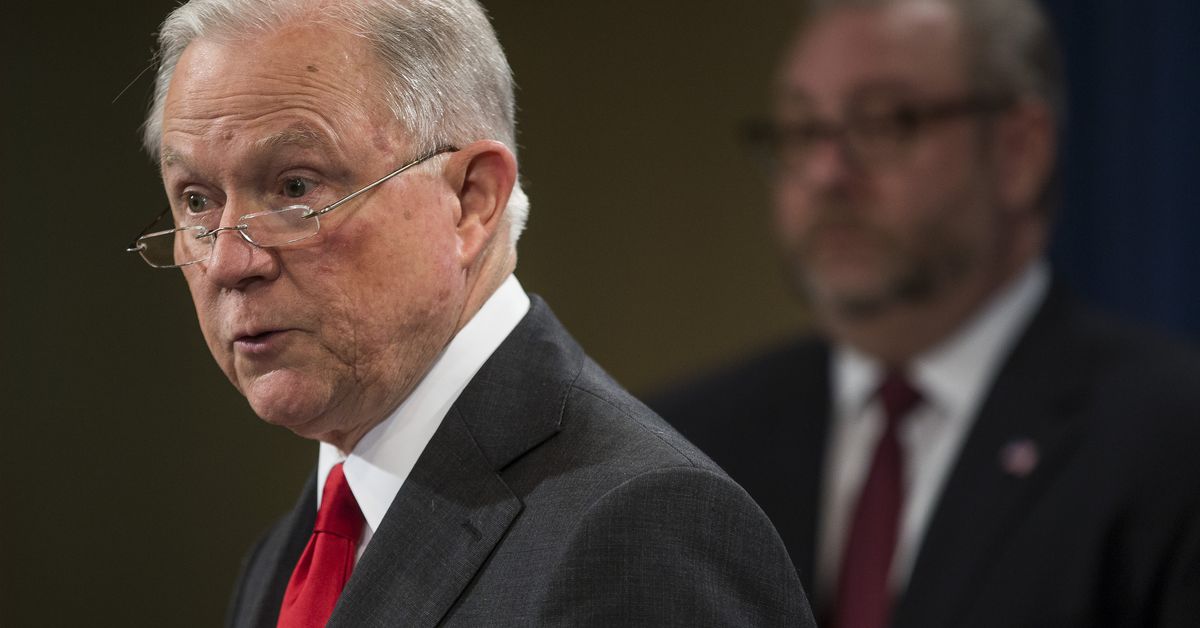 Cannabis businesses and advocates are celebrating the forced resignation of famously anti-marijuana Attorney General Jeff Sessions. Stocks are up for marijuana companies, especially because Sessions’ ousting comes after three states voted to ease restrictions on the drug in this week’s midterm elections.

The White House asked Sessions to resign yesterday for reasons completely unrelated to his marijuana policies. Nevertheless, the cannabis industry has already been impacted by the news. Canadian cannabis company Tilray saw its stock jump 30 percent in yesterday’s trading. Stock for companies like Canopy Growth and Aurora Cannabis grew 9 percent, according to CNBC, and there were also gains for cannabis funds like Nasdaq’s Alternative Harvest Marijuana fund and the Horizons Marijuana Life Sciences fund.

Though marijuana is illegal at the federal level, there is increasing support for legalization around the country. After Tuesday’s elections, 33 states have now legalized medical marijuana and 10 states and Washington, DC have legalized recreational marijuana. Polls from Pew claim that about 62 percent of Americans support marijuana legalization, which is up from 31 percent in 2000. Even conservatives like Sen. Orrin Hatch (R-UT) have criticized the government barriers to studying the drug.

Against this growing support, Sessions was a vocal supporter of the war on drugs, sounding the alarm on marijuana long before he took the attorney general position. This January, he ended a policy that asked the federal government to be hands-off when dealing with states that have legalized the drug. Sessions has also supported tougher sentences for low-level drug offenses at a time when many are directly linking marijuana prosecution to the problem of mass incarceration.

The interim attorney general is Sessions’ chief of staff, Matthew Whitaker. Whitaker doesn’t seem to have the same anti-marijuana record that Sessions does, though we don’t know much. In one 2014 primary debate for a Senate seat, Whitaker supported a law that allowed medical cannabidiol (CBD), a non-psychoactive component of cannabis, but there were also doubts about the federal government not enforcing the ban on the substance.

Despite the initial reaction on the stock market, it’s unclear whether Sessions’ permanent replacement will be more favorable toward legalization. “Jeff Sessions was very against cannabis, so to have Jeff Sessions not in the picture anymore on the surface level seems great for the industry,” says Karson Humiston, founder of cannabis recruiting platform Vangst. “That said, we’re not sure who the next attorney general will be, so it’s a little early to say it’s good thing or bad.”

Meanwhile, Kevin Sabet, president of anti-legalization group Smart Approaches to Marijuana, pointed out to NBC News that marijuana was against the federal law before, during, and after Sessions’ term. “This doesn’t change anything,” he said.

However, drug reform groups hope this will be a chance to pick a more marijuana-friendly politician to fill the role. “While Trump’s dismissal of Sessions raises questions about the president’s motivations, the Justice Department and Senate should seize this opportunity to right Sessions’ wrongs,” Maria McFarland Sánchez-Moreno, executive director of the Drug Policy Alliance, said in a statement. “It is critically important that the next Attorney General be committed to defending basic rights and moving away from failed drug war policies.”