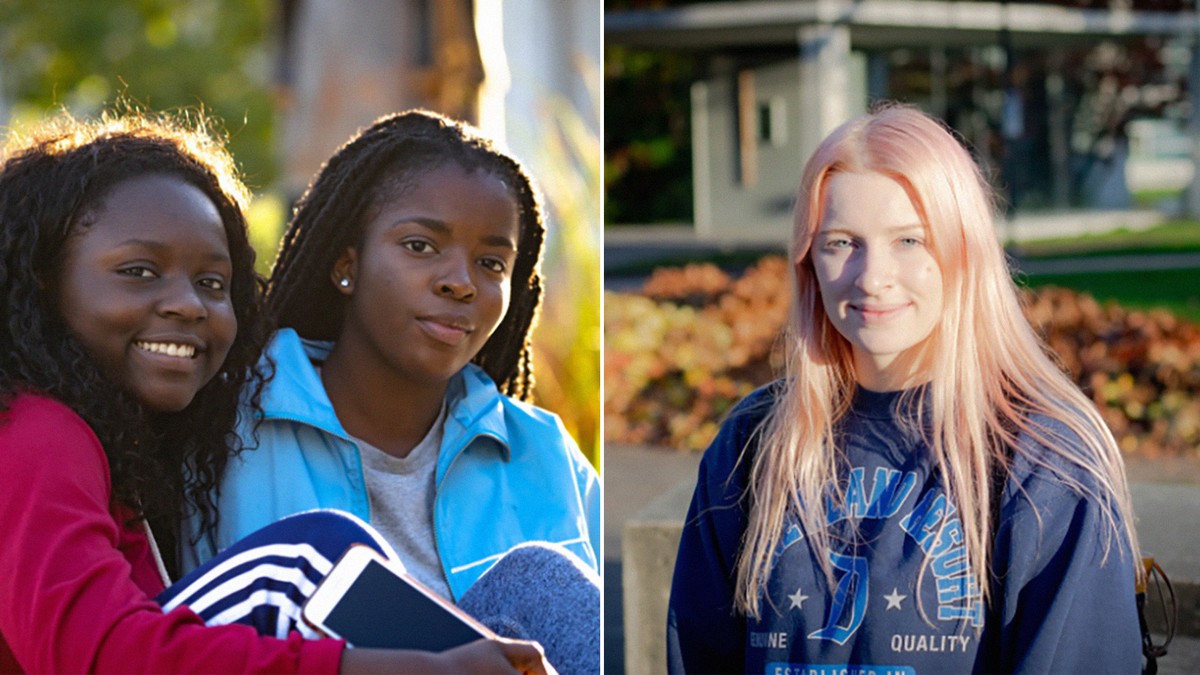 Canada finally did it. Forty years after singer Peter Tosh’s immortal call to action, Canada’s about two weeks deep into the promised land of legal weed, and aside from a few hiccups—rogue dispensaries courting police raids, national cannabis shortages, and mass mail delivery delays—it’s been everything we’ve dreamed of.

On the ground, though, that’s not really the case. Now that weed is allowed, Canadians will never experience the illicit thrill of awkward, too-long conversations with their dealer, finding something—anything—to roll their few sad stems with, and puffing behind a lonely clump of trees nicknamed something along the lines of “Amsterdam.” With legalization, Canadians lose all of that, and potentially lose everything that made weed cool. (If it ever was.)

To find out if that’s true, we took to the campuses to ask students about their experience post-legalization.

Eve: It didn’t change my opinion. I didn’t think pot was cool before, and still… [laughs]

Rebellious.
I don’t know, I haven’t noticed a huge difference. Especially on campus.

So what did your legalization day look like?
Well, I wanted to smoke, but I had a lab and classes literally all day so… nothing.

Zara: Same, I had like, two quizzes… but I wanted to smoke. So did my friend, we all wanted to do something but… nothing happened.

So has it been kind of a letdown?
Eve: Honestly, nobody even really cares. That’s what I mean—there’s no difference, really.

Zara: I guess when I walk around I smell it more than I used to.

Eve: Yeah, I was in a math midterm yesterday and I smelled it. I was like ‘Who was really blazing up before their test?’

Zara: Yeah, after my math midterm too, as soon as we walked out people started smoking.

Is it safe to say you don’t really care all that much about it?
Eve: Yeah, I don’t know because in Vancouver, it was so chill before. Like obviously it wasn’t legal but Vancouver has a weed culture already.

Was it ever shocking? What was your first experience seeing someone smoke weed?
Zara: I was in the car… [laughs] I was a freshman in high school and I was with this senior girl, and she was driving and she just pulled out some weed. I was a freshman so I was like, “Oh my God, drugs!” [laughs]

Think a freshman now would be equally freaked out?
Oh no, freshmen now… they are the ones who smoke. It’s not a big deal anymore at all.

VICE: Is weed still cool?
Parker: I guess… It’s not just the so called rebels doing it anymore. It’s going to be adult men… anybody over the age of 19 or 18 really. I guess it’s still something different, and not everyone’s going to agree with it, so you could still call it cool.

It was “rebels” smoking weed before legalization?
I’d say so yeah, probably. I’m not hardcore stoner or anything, but I know some people that do that.

What was your legalization day like?
It wasn’t the biggest deal. It was just like every other day, just kind of… do my school work really [laughs].

So with the “rebels” out, does it feel like stoner culture is dead?
I guess you could say that. I think that stereotypical “stoner” is almost out of the way now because everyone has the ability to do it. Now it’s like, “Yeah let me just walk down the street and buy some of this,” and we can all be cool now.

VICE: Now that it’s legal, is weed lame now?
Beth: I mean, I wouldn’t describe it as cool, but I don’t think I would have before either. It’s kind of just… a thing. It’s similar to alcohol.

So growing up, you never associated it with rebels?
No, [laughs] my dad’s friends do it.

Would you smoke it with him now?
Not with my dad, but maybe with his friends…

So weed was never cool, and your perception hasn’t changed?
I don’t think it was ever not cool, it just… it was never even a rebellious thing. It’s always just been accepted, like alcohol.

VICE: Is weed lame now that it’s legal?
Michelle: I don’t think it was ever about if it was lame or cool. It’s better that it’s legal, but it doesn’t really change anything.

Did you get up to anything crazy on legalization day?
Studying for exams…? [Laughs]

Seems you’re pretty underwhelmed by the whole situation.
I feel like the reason that nobody really cares that much is that people didn’t really care that much in the first place here because it was so lenient with the rules that it’s not like… nobody was really afraid to smoke weed in the first place. Now it’s like, “Ok, I can do what I was already doing, but be a little more open about it.”

Are you going to miss the experience of hanging out with your dealer?
Most people didn’t go to them anymore, in Vancouver anyway. A lot of dispensaries, they would just take your ID, at least until recently when you could still go to a dispensary. Even then, I’m pretty sure I’ve only got it from a dealer maybe once in my life.

So in your opinion, legalization hasn’t felt like a big deal at all?
I guess, it’s a bit more open for older people. My mom was telling me—she works at Safeway—she said that all of a sudden in her break room, everyone’s talking about weed when that would never be a topic of conversation before legalization. That’s… that’s about it [laughs].

VICE: Is weed lame now that it’s legal?
Felicia: No, it’s ok… I mean I guess I’m able to smoke it outside now, and not hide in a forest.

So did you smoke it loud and proud on legalization day?
I almost went to a 420 event on campus, but I just arrived there already stoned and I got anxious because there were too many people. And when you’re stoned, I feel like often, you just don’t want to interact with other people, so I just ended up going to class instead [laugh].

Do you think kids are going to miss out on the fun of seeing their local neighborhood dealer?
I actually never went to a dealer in the first place. I either had friends who always had some or, when I came of age, I just went to dispensaries.

Did anything at all about weed change post-legalization for you?
Uhm…. [points to joint in her hand, laughs] I assume this wouldn’t happen if it was still illegal. Or maybe not… I feel like it was a bigger deal for the older population than the younger population because not a lot has changed. Like even before, I wasn’t even smoking weed entirely before, but I had smoked weed openly in a park before it was legal.

So it’s not even that it’s cool now, it’s just kind of boring?
I remember there was this police officer that used to come to our classroom in ninth grade and say how terrible marijuana was. He was like, “ Smoking one marijuana cigarette is worse than five tobacco cigarettes! Weed will never be legalized.”

I just thought it was really funny when it was legalized because he was really, really against it. So I guess there will be a couple people like that who think the world’s gone crazy, but nothing’s really changed.

VICE: Do you think weed’s a bit lame now that it’s legal?
Noah: It’s not lame because it’s legal; it’s never been lame. It’s kind of lame how it’s regulated I would say at this point because of the fact that even though it is “legal,” a lot of actual ways to smoke weed are very not legal still, and aren’t going to be legal for a long time. So that’s the only thing that’s lame about it I would say, but weed itself isn’t lame.

You’re not going to miss going to your friendly neighborhood dealer?
I still am going to go to a dealer, it’s too convenient for buying in large sample sizes, and I don’t think it’s legitimate that the government is ever going to be able to compete in that price range. At the same time, it is funny that every time I had smoked weed before legalization, it was something I wasn’t supposed to be doing… and now it’s like… it’s lost some of its charm. It’s not lame, but it has lost some charm.

What was your legalization day like?
I was really busy on legalization day, but the day before we went to this celebration thing that was supposed to be until midnight, and it was this free dabs and dab rigs show. I didn’t even stay until legalization, but when we left, we went home, and by 11:50 we were like, “Oh my God, we need to roll a joint. We can’t not be on the street smoking.” So we went outside, but it was disappointing because, you know, there weren’t even any fireworks or anything like that.

Do you think Canada’s going to get it’s own Half-Baked now?
Oh yea, I think weed and film could get even more relevant as far as it actually being legal to use and whatnot. I’m sure that changes a lot of things people using it on tv shows. It’s definitely going to hit the mainstream.

One of the main barriers, even for people our age, is that they think it’s bad because it was illegal, or they think it’s bad because of what they’ve heard. But now this gives people the ability to look into it more, and I think that’s going to be huge for these people that didn’t smoke because they thought it was bad or wrong. The people that were like, “Oh no I can’t smoke if it’s not good.”

Do you think stoner culture is going to be dead in Canada now?
Just because it’s not illegal doesn’t mean it’s going to die. I think stoner culture is completely a product of the effects of marijuana, it’s very legitimate that you smoke weed and you get the munchies, and you want to watch unintelligent comedy that’s easy to enjoy, I guess. So as far as stoner culture dying in Canada, there’s no way. More people smoke it, more people enjoy the humor and basically start eating half-baked Ben & Jerry’s and watching old Cheech & Chong movies.

But they’re not going to be badass anymore.
No, they won’t be badass. They’ll never get that feeling that I got when I was smoking weed for the first time.