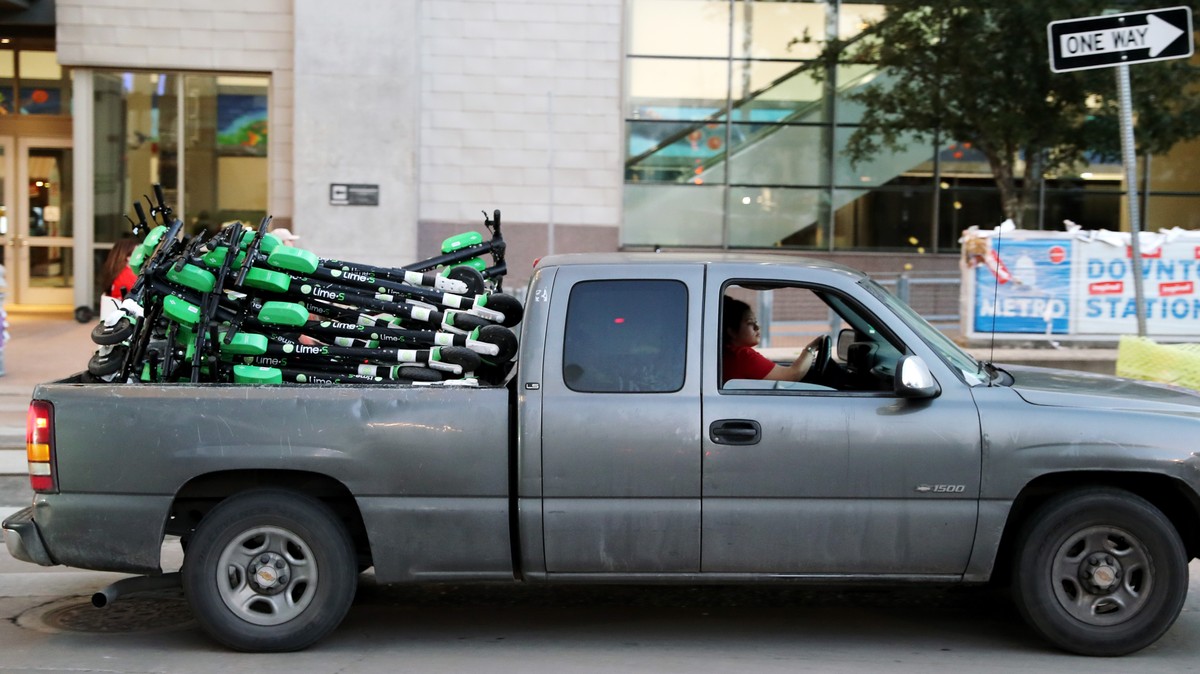 Every year thousands of bands, filmmakers, and tech bros descend upon Austin in March for South by Southwest. It’s an adult choose your own adventure where every available inch of downtown real estate becomes a venue. For music fans it’s heaven, for festival bookers it’s hell, and for the average Austinite it’s either a nuisance or a chance to score a bunch of free drinks.

The festival exploded in popularity in the mid-2010s and has since been contracting. This year continued the trend of smaller headliners, less chaotic streets, and more accessible shows for those who can’t afford the $1,650 platinum badge. Those hoping to see Lady Gaga perform in a Doritos vending machine the size of a skyscraper may have be disappointed, but there’s still no better place on earth to be a curious music fan.

Everyone has their own way of interacting with the festival. If you were checking off buzz bands, your 2019 SXSW bingo card likely included Ezra Collective, Fontaines D.C., Pink Sweat$, Billie Eilish, and Lizzo. Film buffs stood in line for hours for the Us premiere. Startup founders gave out lots of business cards.

But for our money, the best way to enjoy the festival is to lean into the weird stuff. That means wandering into dark dance clubs where punk singers thrash to techno beats, college housing co-ops host Congolese DIY bands, or quiet black box theaters play sounds recorded from the bottom of the ocean. Here’s the 10 weirdest things we saw.

Jvcki Wai, the fiercest rapper of the year, who trekked all the way from Korea

Mid-way through her set at Cheer Up Charlies, Korean rapper Jvcki Wai asked the crowd where all the stoners were at. The vaping masses cheered, then in an adorable lost in translation moment, she asked them all to put their Longhorns in the air. For those who aren’t familiar with University of Texas football, the “Hook’em Horns” is a hand sign that’s most commonly waved after touchdowns and very rarely at rap shows.

Wai did her research, kinda, but more importantly it was clear she’d been practicing. Clocking in at five foot nothing wearing a plaid skirt, she flailed through her set with the most confidence I saw all week. The beats were hard-hitting trap, but with a levity and playfulness that complemented Wai’s relentless enthusiasm. Half the lyrics were in Korean, but the crowd got the message, especially in her stoner anthem “Munch Drunk Purpp” (hook’em!).

MUSICOMEXP, an ambient transcription of the ocean floor

While chaos reigned out on 6th street, 20 people sat silently on fold out chairs in a cramped improv theater listening to the gentle sounds of splashing waves.

Swedish musician Aurelie Ferriere showed a short film before her performance explaining how she traveled aboard a sailboat in the South Pacific recording underwater sounds and running them through a modular synthesizer. It was perhaps the most conceptual piece at the fest and the antidote to the short attention span syndrome that develops from seeing so much music in so little time. The songs, performed on a laptop and controller, were minimal to say the least, mostly just sloshing water, muffled sea creature sounds, and the occasional light arpeggio, but it was a welcome respite from the chaos outside.

The techno punk of Stallion’s Stud

Plush is the last bastion of dance music in Austin, a tiny no-frills club on Red River that serves as home base for attendees with an interest in house, techno, and… screaming punk singers? Anything can happen at Red Light Radio’s yearly showcase, this year station co-founder Hugo van Hejiningen proved that by stealing the mic and sprawling out on the speaker stacks, yelling along with backing tracks that shifted from industrial techno to no-wave to thrash punk. The visceral performance felt completely fresh, albeit even those with a taste for punishing greyscale techno were likely reaching for their earplugs.

KOKOKO! at a college dorm

In line for the bathroom at the KOKOKO! show at Pearl Street Co-op, I heard a 17 year old complaining about the essay he had to write tomorrow. It was no big deal, he’d just pop an Adderall in the morning then skip his afternoon classes. Also, when he dies, he wants his funeral to be a big party with weed and stuff.

If you’ve been to SXSW, odds are you’ve seen shows in some weird venues, but Pearl Street is one of the stranger ones. It’s basically a college dorm for sophomore hippies, and Tuesday night they hosted KOKOKO!, one of the festival’s most talked about bands. Playing in the meeting hall in front of a white board listing out a beer pong tournament bracket, the four Congolese men along with a Belgian collaborator played banging dance music on homemade electronic instruments. Naturally it was a shitshow, with their soundman literally repairing their snare drum with a wrench mid-set, but the grown children in the crowd ate it up, screaming along with the lyrics… even though they were in Lingala.

One fundamental difference this year at SXSW was the plague of dockless electric scooters. In some ways, they’re a perfect fit for the festival. With venues scattered throughout the city, the 15mph motor makes the trek from Hotel Vegas to Red River a five minute trip. A ride is only a couple bucks, they’re super fun, and hey, traffic laws apply to cars, not Birds!

I watched a child under the age of ten riding one of these alone through packed traffic on Congress Avenue. I saw scooters abandoned in the middle of railroad tracks. I received PR emails from scooter safety experts. I cringed as countless people rode the wrong way on one way streets, into oncoming traffic, clearly drunk, their platinum badges waving in the wind.

It is shocking that no one died.

2019 was the year cannabis came to SXSW. Leafly sponsored two days of panels on the state of the industry, which ranged from insightful explanations of barriers on federal marijuana research to investment seminars that felt like snake oil pitches.

Despite Texas still being far from legalization, it was refreshing to see the festival acknowledge the green rush as a viable business sector. Also, the Leafly lounge had SLUSHIES THAT TASTED LIKE WEED STRAINS. We highly recommend the Blue Dream.

There’s nothing too bizarre about Daniel Brandt’s style of live techno, in fact it’s actually quite buttoned-down. The thoughtful electronic music had one foot on the dance floor and one in the realm of contemporary classical, a balance perfected by many of his Berlin peers. He played guitar, while a drummer multi-tasked with a table of synths. A trombone player completed the trio, armed with a suitcase of guitar pedals.

It wasn’t weird at all really, until you looked down at the trombone player’s pedalboard. Naturally it’s hard to change settings on a pedal with two hands on a brass instrument, so trombonist Florian Juncker developed a DIY solution. He affixed clear plastic wheels to a few of his knobs, such that by spinning them with his foot he could affect parameters like delay trail. It was a simple hack, but nothing I’d ever seen in decades of live music.

I’ve listened to Frank Ocean’s “Self Control” a few hundred times at this point, but the best version I’ve heard came from Singaporean pop artist Linying. She performed to a crowd of 75 seated listeners in the back room at Townsend alongside a guitar player and drummer on an electric kit. She even did the auto-tune vocal solo, fluttering between registers without any effects and earning literal gasps from the crowd.

The SXSW trade show is a place where dreamers go to hand out pamphlets for their cloud-based storage solution platforms, but also, there’s robotic arms playing Europe songs. German automation company Kuka, whose slogan says they offer the right industrial robot for every task, had an expansive booth with a quartet of robots specifically designed for the task of recreating Europe’s 1986 anthem on four Yahama keyboards. The countdown is over, the future is now.

The person who walked out during the ‘Beach Bum’ premiere

A packed house at the Paramount Theatre ate up Harmony Korine’s new film Beach Bum (which, full disclosure, is distributed in part by VICE), except for the person to my left who walked out. I can’t remember exactly when they disappeared, it might’ve been after a tuba player was shoved off a pier into the ocean. Or maybe when McConaughey fucked a stranger over a flattop grill in a fast food kitchen, on the way to his daughter’s wedding. Or maybe it was at the wedding, when someone smashed a glass bottle into the face of elderly man in a wheelchair.

Point is, there were plenty of opportunities to be offended. But also so much to love! McConaughey looks like he’s having the time of his life as Moondog, Snoop gives the supporting performance you’ve always hoped for, Jonah Hill is a loveable piece of shit, and Jimmy Buffett just hangs out, which is plenty. This very well could be the millennial generation’s Fear and Loathing in Las Vegas; look for the poster on a wall at Pearl St. Co-op next year.