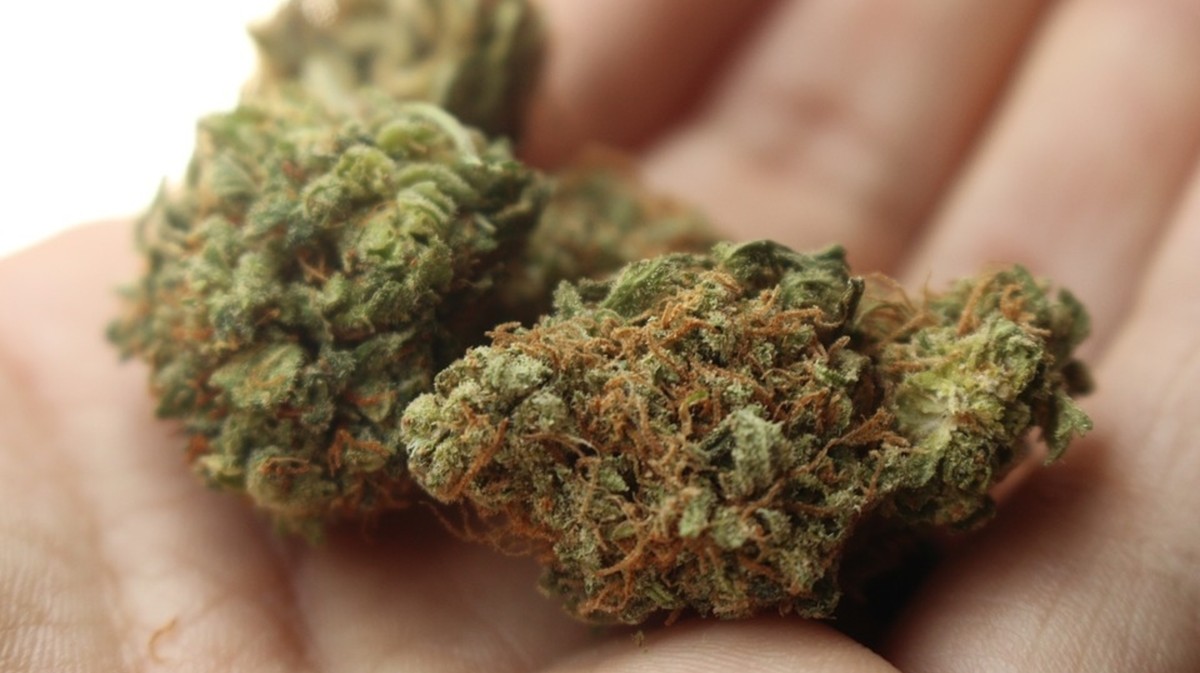 New guidelines announced today by Home Secretary Sajid Javid mean doctors on the NHS could prescribe cannabis products to patients as early as November 1st — a long overdue step forward in Britain’s attitudes to the medicinal properties of marijuana and cannabis. The new rules announced today, which apply to England, Wales and Scotland, could be nothing short of life-changing for people suffering from long-term conditions such as epilepsy, cancer, alzheimer’s, fibromyalgia, eating disorders and also mental health conditions.

Today’s decision comes after a number of high-profile cases in the UK, which have illustrated the benefit of cannabis oil, such as that of Billy Caldwell, a young epilepsy sufferer whose mother campaigned for his life-saving medicine. “Today is a momentous day,” said Hannah Deacon, mother of Alfie Dingley, another young epilepsy sufferer who found respite in cannabis treatment.

While much of the discourse around cannabis and its medicinal extract CBD oil — which, without the psychoactive THC compound found in traditional marijuana, won’t get you high, but retains the relaxing and calming effects of the plant — has focused on physical conditions like epilepsy or chronic pain, the impact of the drug on mental health is huge. As CBD has become more widely available in the UK (it’s now stocked at vape shops and chains like Holland and Barrett, as well as sold in desserts and healthy smoothies) the UK has seen a huge upsurge in people choosing to take CBD oil to alleviate symptoms of anxiety and depression. While the psychoactive effects of smoking weed can in some people increase anxiety and paranoia, CBD, which is often dropped under the tongue throughout the day, has the opposite effect.

CBD is made up mainly of hemp and has thus been available for purchase legally in the UK for some time. Today’s decision now opens up this availability — at least on prescription — to cannabis oil too(which contains more THC than the CBD oil you can find on the high street).

Scientifically speaking, cannabis works by attaching itself to receptors in the brain and immune system. CB1, found in the brain, deal with movement, pain, emotions, mood, appetite and memory, while CB2, found in the immune system, affect inflammation and pain. It’s thought that CBD, rather than artificially influencing these systems, instead motivates our own bodies to use them ourselves.

While for many years the stigma around cannabis and marijuana meant a dearth of mainstream research into what this does to help our mental health, slowly but surely, this is changing. “The short answer is: it might [help],” says counsellor Rachel O’Neill. “Some researchers have suggested that cannabis can help decrease symptoms of psychosis. Researchers have also identified the potential of CBD oil to decrease symptoms of anxiety and potentially assist in the treatment of substance use disorders.”

Scientists have also found that cannabis can be hugely beneficial for those suffering from PTSD. In one study, which tested the use of medicinal cannabis on 80 patients with PTSD, researchers found cannabis use decreased negative symptoms of the condition by as much as 75%.

The undeniable benefits of cannabis on various physical and mental conditions were some of the reasons (alongside economic arguments and prison reform) why the US and Canada have made steps to decriminalise and legalise marijuana in recent years. As of 2018 it’s legal to use marijuana medically and recreationally in nine American states while Canada will go even further, making recreational use of the drug legal under federal law next week on 17 October.

While the UK aren’t there yet, today’s announcement is just the latest in a string of NHS updates to recognise alternative therapies for mental and physical health. In recent years GPs and hospitals have been able to offer Reiki for anxiety and long term pain, massage for palliative care, hypnotherapy for stress, phobia and addiction and acupuncture for pain relief during childbirth.

“These regulations are not an end in themselves,” warned the Home Secretary today. “The Advisory Council on the Misuse of Drugs will be conducting a long-term review of cannabis and the National Institute of Health and Care Excellence has been commissioned to provide evidence for clinicians by October next year.”

Despite Sajid Javid’s cautious attitude though, today’s decision is surely a huge step forward, both in removing the stigma around cannabis and — in doing so — reducing the stigma around potential new mental health treatment too. It may be a long road before we see marijuana legalised or decriminalised to the same degree of the US and Canada, but at least, finally, the UK is heading in the right direction.