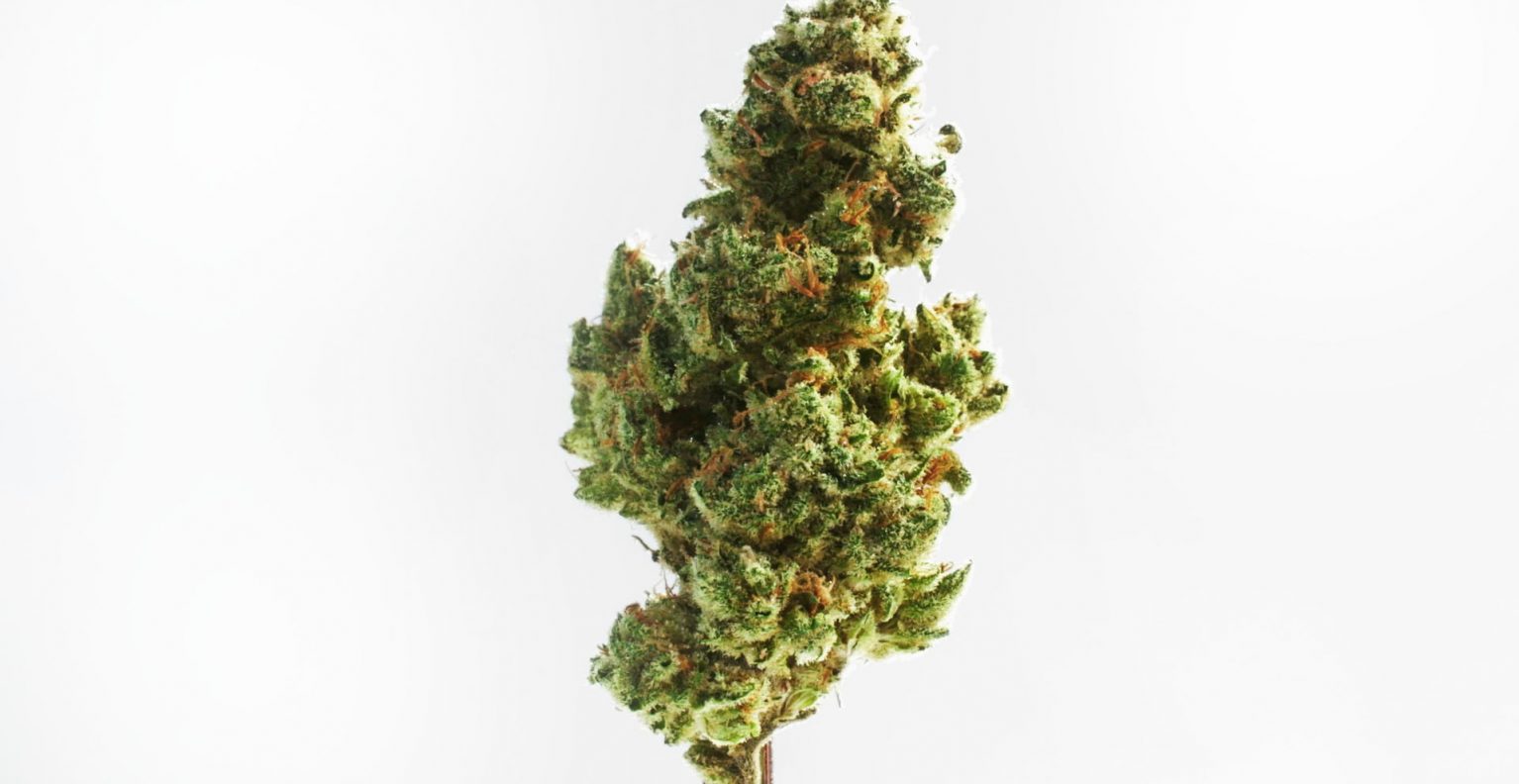 It’s official: Recreational marijuana is legal in Canada, making it the largest country in the world to legalize the product.

Images of lineups snaking outside stores and jubilant first-time buyers ricocheted around social media minutes after the clock struck midnight on Oct. 17. But not all parts of the country are treating access the same — some places are embracing the private model, some are forbidding public consumption. New Brunswick is already merchandising its government-controlled cannabis according to different “occasions”: “Discover, connect, and refresh.”

Here’s a guide to navigate that complicated web of rules and regulations.

This summer, Ontario’s new Progressive Conservative government decided to scrap the previous Liberal plans for a government monopoly over cannabis retail sales in favour of privately-run storefronts. But those private weed storefronts won’t be up and running until April 2019, leaving Canada’s most populous province in an interesting place during the first few months of legalization.

Retail type: Government-run online store only at first, until private regime is set up by next April.

Public consumption: Yes. The province has proposed legislation that would, if passed, allow cannabis consumption in certain public areas where tobacco consumption is also allowed.

Impaired driving penalties: If you’re caught driving high, you could have your license suspended, car impounded, jail time, or fines.

Quebec has taken a harsh approach to regulating cannabis compared to other provinces. The province perceives cannabis use as a significant public health concern and has implemented the following rules to, in its view, “reduce the risks and harm to the health and safety of individuals.”

Retail type: Government-run retail and online outlets. A subsidiary of the province’s liquor control agency will sell recreational cannabis with 20 stores to start for a population of more than five million adults, and millions of tourists every year. Quebec has also proposed a ban of the sale of any products that feature a cannabis leaf — fines for doing so will range from $5,000 to more than $62,000.

Public consumption: Yes, but in limited spaces including where tobacco consumption is allowed.

Impaired driving penalties: Drivers caught driving high could get their license seized on the spot.

British Columbia has long been heralded as Canada’s weed capital. But by legalization day, there will only be one government-run store open in the province. However, another 100 stores are expected to open over the next several months.

Retail type: A hybrid of private and government retail stores. The government has been fielding applications to open private cannabis businesses.

Public consumption: Yes, wherever smoking and vaping is already allowed, but not where children are present.

Home growing: Yes, up to four plants. But they must not be visible from the public spaces off the property.

Impaired driving penalties: B.C.’s current zero-tolerance approach for drunk driving will be extended to a zero-tolerance stance on the presence of THC.

The prairie province has been praised for putting its cannabis retail plan together early, and for focusing on private retailers, the same approach it takes on the sale of alcohol. Alberta has said it will look into allowing cannabis lounges after the federal government legalizes edibles sometime in 2019.

Retail type: Fully private retail model with around 250 storefronts expected to be open within the first year of legalization. Alberta’s liquor agency will oversee online sales.

Public consumption: Yes, where smoking and vaping is allowed, depending on the rules decided by each municipality.

Impaired driving penalties: Zero tolerance for drivers found with cannabis and illegal drugs in their bloodstream. And proposed blood drug concentration limits for cannabis will be similar to “the legal limits that already exist for alcohol,” states a government news release.

This prairie province has embraced the private retail model, but plans to crack down on public consumption and slap potentially hefty fines on those who break the rules. For instance, anyone caught smoking cannabis near a school could face a $1,000 fine, while retailers found slacking on demanding identification from customers could be fined $2,250.

Public consumption: No, but with some limited when it comes to use in private spaces. “Consuming cannabis in public places is prohibited to protect public health,” the government states. Violating these rules could result in fines around $200 to $300.

Impaired driving penalties: Zero tolerance for drivers caught driving high, and for passengers who consume in a vehicle.

Like Quebec, Manitoba is taking a hardline approach on growing cannabis at home — and has banned it altogether. However, the prairie province has said it won’t charge provincial sales tax on recreational cannabis.

Retail type: Privately-run storefronts, including in First Nations communities. Online sales will be overseen by the government. At least four storefronts in the province are expected to be ready to sell on October 17th.

Public consumption: Yes, but not in enclosed public spaces or vehicles.

Impaired driving penalties: The province beefed up its Highway Traffic Act to include new penalties for cannabis-impaired driving. This includes a 24-hour driver’s license suspension if a cop believes a driver is driving high. The province will also require drivers to store their cannabis in a secure compartment, like the trunk, while driving.

This maritime province is one of the only jurisdictions in Canada where customers will be able to purchase cannabis and alcohol at the same location. While that model has been criticized by some health experts as risky to public safety, the province’s justice minister has defended the plan, saying sales staff are well-equipped to discourage the cross-promotion of the products.

Retail type: Cannabis will be sold through the government’s existing alcohol retailers, although the cannabis section will be kept separate. The government will also oversee online sales.

Public consumption: Yes, but only where tobacco consumption is allowed. Those who violate those rules could face a $2,000 fine, and municipalities can further restrict rules around public consumption.

Home growing: Yes. Exact rules and restrictions can vary by each town and city.

Impaired driving penalties: Cannabis in any form cannot be used by passengers or drivers. Doing so could result in a $2,000 fine. Those convicted of impaired driving could face a $1,000 fine and a one-year license suspension.

New Brunswick’s government unveiled its recreational cannabis shops this summer — praising itself for being “the first jurisdiction in Canada that’s ready for recreational cannabis.” The stores have been described as slick, like high-end electronic stores. Cannabis product will be merchandised according to different “occasions”: “Discover, connect, and refresh.” (Maclean’s magazine reported that Health Canada is now looking into the province’s promotion of the product.)

Retail type: There will be around 20 cannabis stores run by the provincial government.

Public consumption: No. Consumption is only allowed in private residences, or the land adjacent to it.

Impaired driving penalties: The province will increase the number of patrol officers trained to carry out sobriety tests by 40 percent by the time legalization comes into effect. It hopes to increase that to 50 percent in the coming months.

Newfoundland has gone with a private retail sales model, and many will be attached to Dominion supermarkets that also sell alcohol. However, the location choices have been criticized by the province’s association for independent businesses as a “missed opportunity” for small business owners.

Public consumption: No, and the punishment for doing so could be a fine between $50 and $500. And consumption in a vehicle could result in fines as high as $10,000.

The incoming recreational cannabis industry is expected to be a boon to this maritime province of less than 200,000. The expansion of Prince Edward Island-based cannabis producer Canada’s Island Garden is expecting to create around 200 new jobs.

Public consumption: No. Consumption will be confined to private residence for now — but that could change in the future.

Home growing: Yes, up to four plants, as long as they’re kept out of reach of children.

Impaired driving penalties: Driving while high will carry the same consequences as other illegal drugs or alcohol. The province is adding a few offence for driving impaired with a minor.

The legalization of cannabis is presenting an interesting test case for this territory, which has six dry communities. Like the rules around alcohol sales and consumption, the territorial cannabis legislation provides these communities with the ability to vote on whether to ban or restrict legal cannabis.

Retail type: Cannabis sales will be through the province’s private liquor stores, and online sales will be overseen by the territorial government. Private stores could be brought into the mix in the future.

Public consumption: Yes, but subjected to intense restrictions, including not consuming in spaces that are being used for public events. Individuals communities will be allowed to enact their own cannabis regulations.

Impaired driving penalties: In line with federal restrictions and existing laws on drunk driving and driving while high.

As Yukon gets ready to implement its recreational cannabis regime, the territory is also thinking about modernizing its Liquor Act, which just turned 40, as it repeatedly leads Canada in the highest alcohol sales per capita. Public consultations will determine how the province increases access to alcohol, such as selling it in grocery stores. There’s been a debate as to whether legal marijuana will have any impact on Canadians’ alcohol consumption habits.

Retail type: Private retailers and government-run retailers will be allowed, with online sales overseen by the government’s liquor agency. The government has said one retailer will sell cannabis in the province, in the capital Whitehorse, at first.

Public consumption: No. Consumption allowed only in private homes, although sanctioned consumption spaces might be considered in the future.

Impaired driving penalties: Like everywhere else in Canada, it will be illegal to drive while impaired on cannabis. “If you’re going to consume, park your vehicle, snowmobile or quad and dock your boat,” the territorial government states.

Nunavut was the last jurisdiction in Canada to pass its recreational cannabis law — within days of the federal government passing its legislation on the matter. “Surrarnaqtuq” is the new official Inuktitut name for the word cannabis.

Retail type: Available only through an online store to start, overseen by the territorial liquor agency. Physical storefronts could become part of the retail model in the near future, pending public consultations.

Public consumption: No — but Nunavut has said it would be open to discussing the possibility of opening cannabis consumption lounges in the future.

Impaired driving penalties: Nunavut has proposed to implement new offences and penalties to discourage cannabis-impaired driving, including suspending driver’s licenses for drivers who fail roadside drug tests or those who refuse to take it.

Cover image via VICELAND. Photos in story by Anthony Tuccitto for VICE News