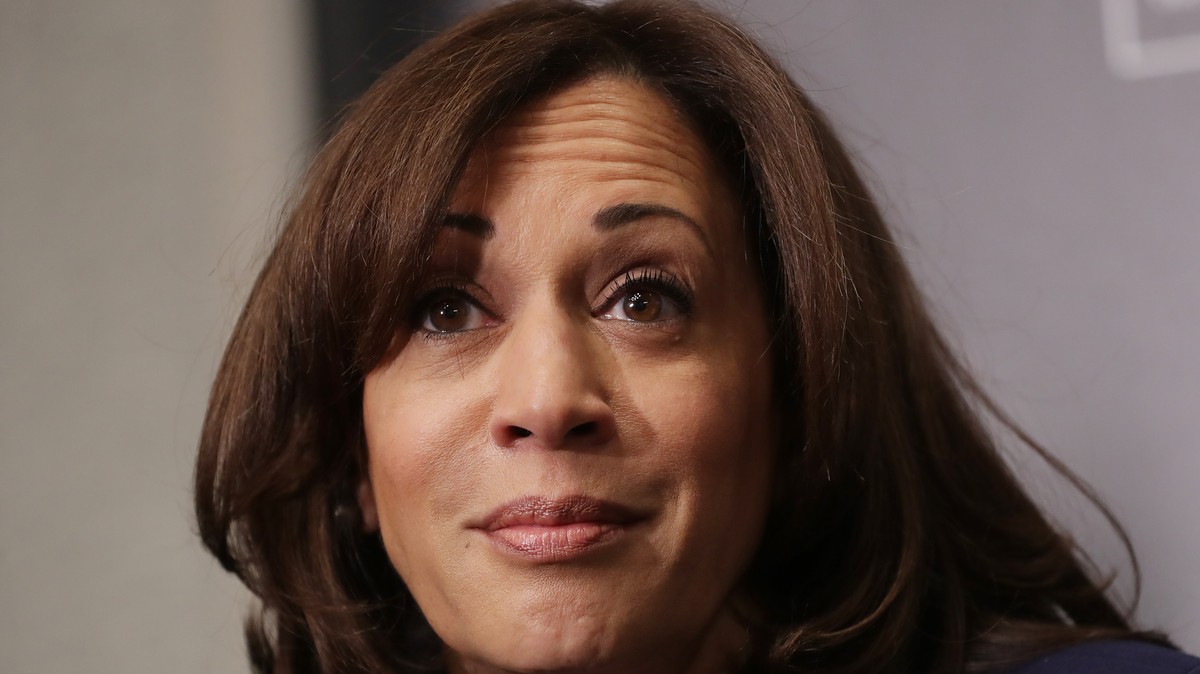 The dumbest story yet of the 2020 presidential race began on Monday, when Kamala Harris went on the popular New York morning radio show The Breakfast Club for a wide-ranging discussion about her candidacy, policies, and race in America. The US Senator from California also discussed her positions on weed: She supports marijuana legalization, highlighting the fact that young men of color have been disproportionately arrested for drug offenses, but also wants to “research the impact of weed on a developing brain” and has concern that it’s difficult to determine when drivers are impaired by pot.

But no one seemed to care about any of that.

Instead, the news story that emerged from the 44-minute segment centered on Harris and questions about her authenticity. While talking about marijuana, Harris admitted to hosts D.J. Envy and Charlamagne tha God that she’s smoked weed before—a joint, she said, in college—and later was asked by Envy what music she listens to. “What were you listening to when you was high?” Charlamagne then joked. Harris laughed, then seemed to answer the original, general question by confirming she liked Snoop Dogg and listing Tupac as another favorite. (Harris’s press secretary tweeted a clip of the relevant exchange, if you want to watch for yourself.)

What followed was a game of telephone that, as the New York Times documented in a story on Wednesday, totally mangled the context of Harris’s words. A Monday article from the cannabis publication Marijuana Moment described the exchange this way: “And what was playing in the background when a young Kamala Harris was hitting a joint? ‘Oh yeah, definitely Snoop. Tupac for sure,’ she said.” That description was screen-shotted in a viral tweet from a left-wing account that noted that Harris graduated from college before Tupac or Snoop had released an album. This was followed by a lot of conservative publications and pundits noting this apparent discrepancy; Fox and Friends ran a deceptively edited version of the interview (omitting the original, broader question about what music she liked) and criticized her for being inauthentic. “For better or for worse, Donald Trump shows you exactly what he’s doing every day and who he is,” host Brian Kilmeade said.

This is bizarre on a couple levels. For one, Harris didn’t do what her critics say she did—she never said she was listening to Snoop and Tupac while getting high in college. It would be a bizarre claim if she did, because she almost certainly was not feigning a love for hip-hop just to appeal to Breakfast Clublisteners: She’s previously talked about her fondness for A Tribe Called Quest and Too Short. Even if you listen to the interview and decide that she was saying she listened to Tupac and Snoop in college, the simplest explanation is that she just misremembered what music came out when decades ago. There’s no version of this story in which it makes sense to drag Harris, or to devote multiple articles to the exchange.

One reason that this ridiculous story may have caught on is that it attaches easily to the idea that Harris is inauthentic or dishonest, a criticism that was also constantly leveled against Hillary Clinton, and stinks of sexism. Right-wing publications have repeatedly called her a liar, and as the Breakfast Club hosts pointed out, there are memes insinuating Harris isn’t truly African American because her parents are immigrants and she spent time abroad, an attack she dismissed out of hand, saying that those critics “don’t understand who black people are” and comparing the attacks to those faced by Barack Obama in 2008.

Other critiques of Harris involve her actual record, particularly when it comes to sex work, and her opposition to a 2010 ballot measure in California that would have legalized weed (she was the San Francisco district attorney at the time). If she smoked weed in college, she was one of many Democrats who used pot but did not fight to make it legal, and you can argue her current pro-legalization stance is not a principled choice but merely a recognition that the Democratic Party is now largely opposed to prohibition.

So there are decent, policy-based reasons that Democratic 2020 primary voters—especially progressives—might oppose Harris. But the rapid spread of the bullshit “reefergate” story suggests that though this long, long primary season may include real debates over the issues, it will also feature non-scandals blown way out of proportion by social media and a political press primed to jump on any narrative that smells faintly of controversy in a new era of relentless authenticity-based appeals.

This dynamic isn’t just bad because it clogs up our feeds with nonsense, and necessitates debunking. It ends up taking up space that could be occupied by more productive debates. It seems likely that all of the Democratic presidential contenders, save perhaps Joe Biden, will support cannabis legalization, but Harris is right that that’s far from the end of the story. Along with the question of how to issue DUIs for marijuana users, there’s debates to be had over whether and how to expunge the records of drug offenders, how licensing should work for legal cannabis businesses, and how to enact laws that actually bring an end to black market weed businesses, which has so far been a struggle in states that have legalized pot.

All of these issues are a lot more important than whether Kamala Harris tried too hard to seem cool on the radio. Whether Americans actually want to talk about them remains to be seen.