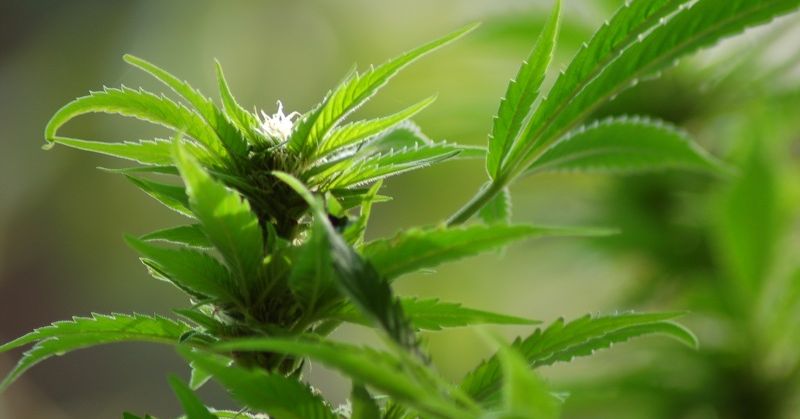 Last week, the Drug Enforcement Agency gave the all-clear for Epidiolex, an epilepsy drug derived from cannabis, to be sold on the market. Though cannabis is still illegal at the national level, Epidiolex is now in the least restrictive category of drug regulation, Schedule V. The move is a good news for pharmaceutical companies that want to develop their own cannabis-based drugs, but it won’t mean much for other cannabis “wellness” products.

Epidiolex, made by GW Pharmaceuticals, treats severe forms of childhood epilepsy and is the first drug derived from natural cannabis that is approved by the US Food and Drug Administration. Epidiolex includes cannabidiol (CBD), a chemical that comes from the cannabis plant that is not psychoactive. (In terms of legality, no one really knows how to classify it yet.)

Though the FDA approved the drug back in April, GW couldn’t sell it because the DEA has deemed cannabis a Schedule I drug along with heroin, LSD, and cocaine, meaning it is considered to have “no currently accepted medical use and a high potential for abuse.” Now, Epidiolex specifically — but not CBD or cannabis in general — is Schedule V. “The DEA is saying, ‘if you’ve satisfied FDA, you’ve satisfied us,’” says Andrew Ittleman, a partner of the law firm Fuerst Ittleman David & Joseph. It’s showing a “fair amount of deference” to the FDA.

In other words: CBD in an FDA-approved product is okay and has a low potential for abuse, and CBD in a product not approved by the FDA is as dangerous as heroin. (Sorry about your CBD lattes.)

Schedule V includes the other anti-seizure drugs, so it makes sense that the DEA made this choice, says Stephanie Yip, an analyst with Informa Pharma Intelligence. For context, other cannabis-based drugs on the market (these are synthetic, whereas Epidiolex is natural) are in Schedules II and III because they contain the psychoactive component THC. Yip adds that, in the past four years, the number of companies doing cannabis research has grown from 16 to 40; these are mostly smaller companies, not including partnerships. The main research interest is pain and then chemotherapy-induced nausea and vomiting.

So expect pharmaceutical companies to take note. But this won’t have much of an effect on the CBD wellness products — including mascara, bath bombs, and weed lube — that are popping up everywhere. “I don’t believe there is a practical application for a cannabis manufacturer,” says Serge Chistov, an investor in Honest Marijuana Company. The government might be softening its grip, but the decision is so limited that “it really doesn’t help us unless we want to go the FDA route.”

And the FDA route is bureaucratic and expensive. Because cannabis remains Schedule I, it’s difficult for scientists, both in academia or industry, to do research on the drug. Daniel Friedman, an NYU neurologist who co-authored a study investigating the effectiveness of Epidiolex, told The Verge that the team had to go through a complicated bureaucratic process. This involved obtaining a special license from the DEA, special equipment, and “all that infrastructure makes it prohibitive to do studies in other conditions by people who may want to do so, but don’t have the resources.” These same restrictions mean that as of 2013, fewer than 20 randomized controlled trials (the gold standard for scientific research) have tested the benefits of marijuana, according to the American Medical Association.

That leaves many manufacturers bypassing the FDA entirely. Most CBD products are not exactly legal, and there are plenty of gray areas as individual states decide what to do. In fact, the FDA has sent “warning letters” to CBD manufacturers before, though with giant corporations like Coca-Cola considering CBD drinks, there’s unlikely to be a real crackdown.

We have ended up in a labyrinth of contradictory rules: it is extremely difficult to obtain the license to study cannabis, a dangerous drug. But if you do study it and it gets approved, the cannabis is not dangerous anymore. It’s good that Epidiolex has been moved to Schedule V, but this narrow move won’t solve these two larger and interconnected problems. It’s too hard to study cannabis, full stop. And precisely because it’s so difficult to study, there’s a lot of hype and misinformation, which makes it easy for people to shill CBD and cannabis products that might not live up to their promises. This quasi-legal industry remains unregulated and potentially full of snake oil salesmen. Last year, the FDA tested CBD wellness products, and many didn’t contain the amount they had claimed.

Ittleman doesn’t believe that the DEA will reschedule cannabis anytime soon because the administration is strongly against legalization. (Don’t forget: Attorney General Jeff Sessions has publicly stated that “good people don’t smoke marijuana.”) Ittleman is probably right, but the DEA’s decision regarding Epidiolex is still a move forward. However, it’s not enough to reschedule a single drug and expect that to dramatically change the landscape. Our other issues remain, and they will until we accept once and for all that cannabis is hardly the same as heroin.