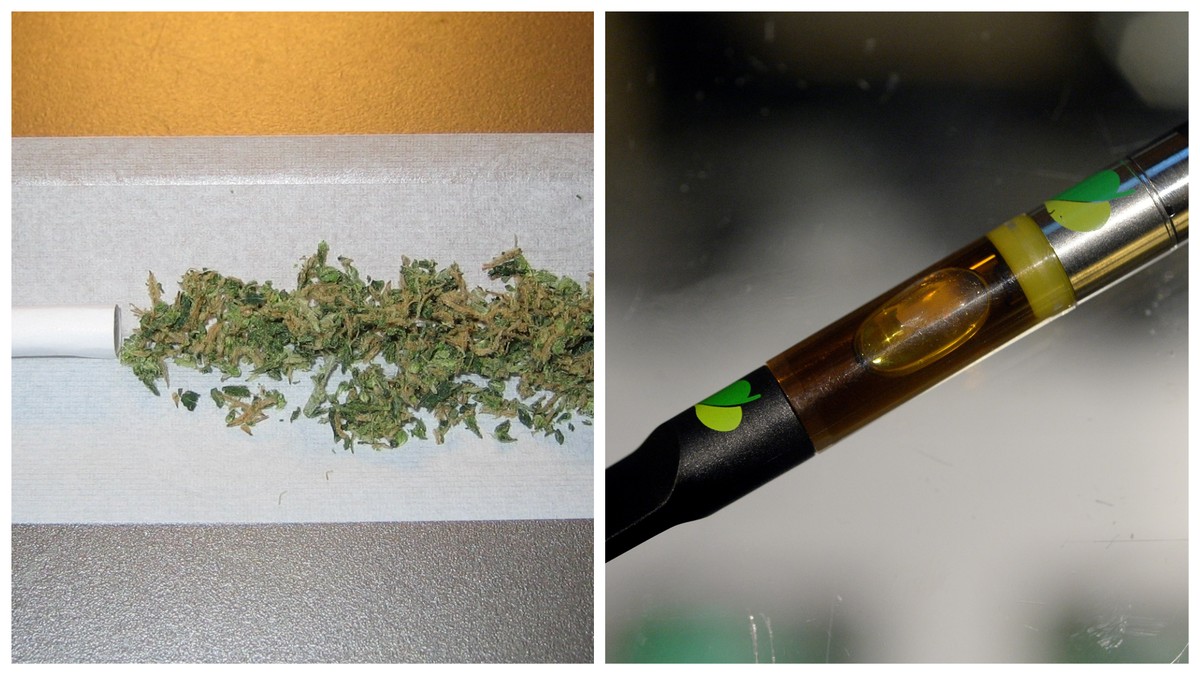 A version of this story was originally published by The Appeal, a nonprofit criminal justice news outlet.

On September 14, Sean (not his real name) was on a public sidewalk in Bay Ridge, Brooklyn, when an NYPD officer approached him. Sean, whose attorney asked he remain anonymous as his case was ongoing, was allegedly holding a cartridge of THC oil. For this, Sean was charged with a Class A misdemeanor, which carries up to a year behind bars. He was arrested and spent the night in jail.

If he had been smoking or holding the flower form of weed, the official policy would have been to let him go with a summons.

Two months ago, the NYPD said it would stop arresting most people for smoking pot in public and for low-level possession. Since September 1, the official policy has been to issue criminal summonses to people caught smoking (with a few exceptions). The Brooklyn district attorney also said the office would stop prosecuting most low-level marijuana possession cases in 2014 and said it would decline to prosecute most people for smoking in public in the spring of 2018.

Yet law enforcement is still pursuing criminal cases against people using cannabis or THC oil, which is one of the approved forms of medical marijuana in the state.

The DA’s office has prosecuted at least 22 THC or cannabis oil cases since September 1, according to public defenders in Brooklyn. At least eight of those cases involved pretextual car stops, when law enforcement stops someone considered “suspicious” under the pretext of a traffic violation. In 13 of those cases, people were charged with possessing cannabis oil alone, without any other misdemeanor or felony charges.

“The fact that a person is in possession of THC oil as opposed to the marijuana plant should not make any difference in whether a person is arrested or prosecuted,” Scott Hechinger, senior staff attorney and director of policy at Brooklyn Defender Services, told The Appeal. “This practice makes no sense. Ironically, one of the exceptions in the Brooklyn DA’s policy is to continue prosecuting marijuana where the police say a person is ‘creating a genuine nuisance,’ but THC oil and vaping are actually the least intrusive method of consumption.”

While some people were issued desk appearance tickets, others, like Sean, were arrested and spent a night in jail before seeing a judge.

Oren Yaniv, a spokesperson for the Brooklyn DA’s office, said the office declined to prosecute about 20 THC oil arrests this year and pointed to several policies aimed at reducing marijuana criminalization.

“Our Office all but ended marijuana prosecutions this year, reducing the number of cases of smoking and possession by over 98 percent. We are also the only DA’s office in the state working to erase past misdemeanor marijuana convictions,” Yaniv told The Appeal in an email.

“New York law categorizes THC oil not as marijuana, but as a controlled substance—a designation that also includes certain medications that are legal to use with a prescription,” Yaniv said. “However, recognizing that THC is the active ingredient in marijuana, we believe that the two forms of marijuana should be treated similarly. So we have been applying our existing marijuana declination policy to THC oil since October.” Later, he added that the declination policy applies only when marijuana is the top charge.

There were at least five THC oil cases brought to court in October, including one on October 25 where possession of THC oil was the top charge, according to its criminal complaint. The most recent THC oil case occurred this month. Yaniv said the case may have fallen outside the new policy.

“Aggressive enforcement and prosecution of personal possession and use of marijuana does not keep us safer, and the glaring racial disparities in who is and is not arrested have contributed to a sense among many in our communities that the system is unfair,” Brooklyn District Attorney Eric Gonzalez said in his office’s announcement.

“I intend to maintain this approach and to only prosecute the most egregious offenses, which will help ensure fairness and equal justice.”

The number of cases that began with car stops and searches by the NYPD alarmed Hechinger. “The law gives police far too much leeway to stop vehicles based on the claim that they observe a traffic infraction, regardless of how obvious it is that their real reason for pulling someone over is in the hope of finding marijuana or gravity knives or some other crime with no justification,” Hechinger said.

“Not surprisingly, those most likely to be harassed and violated in this way are people of color driving in certain neighborhoods. Stopping our clients for driving while Black or Latinx is vehicular ‘stop-and-frisk.’”

Lauren Katzman, a public defender at the Legal Aid Society, defended a THC oil case in October. She called the continued arrests and prosecution of the oil “hypocritical.”

“It’s disingenuous of them to say that they’re no longer prosecuting misdemeanor marijuana offenses and to get a lot of credit in the media for allegedly no longer prosecuting those cases,” she said. “And then to turn around and prosecute people for the exact same thing, possession of marijuana, but just in a different form.”

Katzman’s client, who was arrested on October 10, spent a night in jail before seeing a judge. He was offered a plea deal for a disorderly conduct violation, which he declined.

“In this case, I do believe that the police engaged in an illegal stop of my client and an illegal search of him and the car he was in. His rights were violated. He had to spend the night in jail. He now has to come back to court on another date,” Katzman said. “While the DA’s office might not think these things are a big deal, it’s had an big impact on his life.”