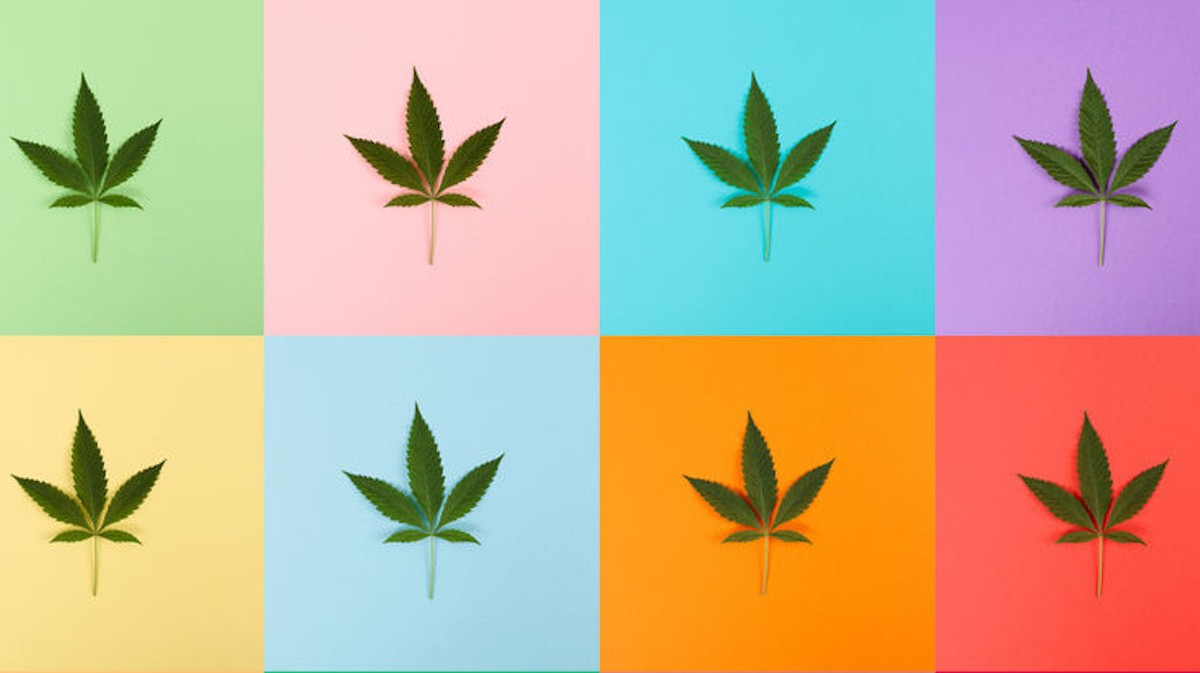 In an age of new cannabis laws and advancing research, the conversation American families are having about weed is changing, fast. Many parents want to educate their kids about the drug, but are uncertain as to how. The subject gets even more complicated for parents that consume CBD and THC products, but are still attempting to educate their children about the risks of using the drug.

“I have a nine and 12-year-old and I speak about cannabis regularly,” says Ashley Kingsley a cannabis business consultant who uses CBD products and smokes weed recreationally. She smokes a Sativa hybrid featuring a 1:1 ratio of THC and CBD (2.5mg apiece) and consumable CBD products—and believes cannabis helps bring the body into homeostasis. “I share with my kids the many uses and medicinal properties the plant offers. I answer their questions with honesty. Cannabis saved my life and I celebrate it every day.”

Aliza Sherman, who uses CBD products, says some parents are more open than others. “Some parents I know hide their weed use; others are casual and open about it, but the overall attitude toward parents who use cannabis is still quite negative,” Sherman tells Broadly. The mother of three is the co-founder of Ellamenta, a global women’s cannabis wellness network based in Alaska, which legalized recreational cannabis in 2015. Like many other parents who smoke weed, she has very clear ideas on how she is approaching the subject of cannabis with her kids.

“Focusing on the health benefits really changes the conversation,” Sherman says. “Many parents—especially moms—now take cannabis to deal with sleep issues, chronic pain, reproductive health issues, and general de-stressing. I’m a better wife, mother, and human when I’m pain-free and can get a good night’s sleep. CBD helps improve my health and outlook on life, including parenting.”

Scientists have already established a link between parents’ pot use and their kids’: Data published last month by the University of Montreal found that middle and high-school-aged kids of cannabis-consuming parents are up to seven times likelier to try weed than those whose parents abstain. And while many an op-ed has argued that marijuana can make you a better parent, some research has raised red flags about the mental health risks for kids growing up in cannabis-friendly households.

The benefits Sherman mentions have proven promising in early research. But cannabis studies have historically been severely limited in number, size, and scope. Jonathan Stea, Ph.D, a clinical psychologist in Calgary, Canada, tells Broadly that the intricacies of the cannabis plant and human biology make it an exceptionally complex area of study.

“We need to spark discussion and research interest in the use of cannabis for psychiatric disorders so that we can know with better certainty whether cannabis belongs in our evidence-based toolkit,” he says. “The harms associated with cannabis use are less in magnitude compared to a number of other substances, but it’s important to remember that it can also be harmful and addictive for some people, as with alcohol.”

Regardless of parents’ weed routines, talking to kids about cannabis is a key part of incorporating it into family life in a safe, sustainable way. Historically, there’s been a dearth of tools that help parents educate their kids, but recently, resources have been popping up, like The Cannabis Craze: A Practical Guide for Teens and Parents and Splimm, a magazine about cannabis and parenting. Still, research shows that American parents want and need more resources in this realm, including events and information sessions in community settings, of the sort already happening at school districts in Calgary, Canada.

“I always say, this is a conversation you don’t have just once,” Canadian writer Rebecca Eckler says; she uses a combination of THC and CBD products, has a 6-year-old, and finds that parents who smoke pot recreationally don’t always want to openly admit it. “It’s a continual conversation, which should probably start earlier than later these days, since it is now so easy to get weed.” Adding, “it’s still illegal for her to try or use, because she’s underage. So, while it may be legalized, it would still be illegal for her to use it, and I remind her of that constantly.”

Stea believes being honest and open early on are the best ways to approach the subject of cannabis use in its many forms. “Engaging kids in a nuanced dialogue about cannabis is more helpful than heavy-handed lecturing,” he says. “It’s important to talk about how substances can be legal, yet still associated with harms. Then the conversation turns to how to minimize them—not driving while impaired, limiting frequency and amount of use, not using to cope with negative emotions, and other evidence-based guidelines.”

Adding, “More people are starting to understand that cannabis is in fact an umbrella term for a very complex plant that contains more than 500 identified chemical constituents,” says Stea. “With increased knowledge about the composition of cannabis, it becomes hard to pigeonhole it as good or bad. Cannabis is frequently prescribed by doctors for a myriad of conditions, including PTSD, anxiety disorders, depressive disorders, and pain disorders.”

When tackling the conversation at home, Sherman has three rules: Be honest, but discreet; get your facts straight; and keep the lines of communication open—and chill—so your child is less likely to hide if they tried cannabis in any form.

“Pros of transparency are having a good relationship and trust between you and your kids. Show them respect, educate them, and encourage them to be informed and to come to you with any questions,” she says. “Maybe ten years from now, my kids will consume cannabis for their own reasons. I’m not a social cannabis user so not sure we’ll sit around and smoke, but I hope we continue to talk about it in a healthy and open way as they grow and mature and that I can be there to help them make informed decisions along the way.”