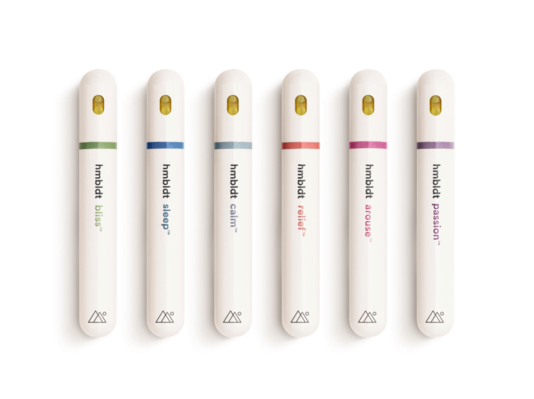 Women and seniors are joining the cannabis movement, and that’s presenting new investing opportunities, according to a panel of cannabis investors who we interviewed several days ago at an event organized by the cross-border venture firm DCM.

Specifically, they say, expect to see an uptick in products of all types that make it easier to consume small and controlled amounts of THC, the main psychoactive ingredient in pot.

The trend isn’t so surprising. Anecdotally, women increasingly see cannabis as a potential way to take the edge off without getting plastered, which is not a small concern. Women’s bodies are affected differently by alcohol than are men’s, including because they produce less of a particular enzyme that breaks down alcohol in the body. They’re also working more, drinking more, and developing cirrhosis at a faster rate. According to the Centers for Disease Control and Prevention, the related death rate for women ages 45 to 64 soared a stunning 57 percent between 2000 and 2015, compared with men, whose death rate owing to cirrhosis rose 21 percent over the same period.

Meanwhile, the case for seniors is even more widely understood. Many live with chronic discomfort, including because of arthritis or osteoporosis or sometimes autoimmune diseases that can cause fatigue, joint pain and worse. A growing number is addicted to OxyContin and other pain killers and looking for a way to lessen their dependence of them. It’s also the case that cannabis isn’t viewed as scandalously as it once was. Former Speaker of the House John Boehner — who is pushing 70 and long opposed the legalization of marijuana — even joined the board of cannabis distributor Acreage Holdings last summer, alongside former Massachusetts Governor Bill Weld. (Age: 73.)

One product promising newcomers a more predictable experience with cannabis is a two-year-old, Woodland, Ca.-based vaporizer company called Indose, whose tagline is “greatness comes with control.” The outfit, which just closed on $3.5 million in funding led by Casa Verde Capital, enables users to adjust how many milligrams of THC they are inhaling from a modest 1 to 2 milligrams, to a more impactful 3 to 4 milligrams, per puff.

Dosist, a Santa Monica, Ca.-based maker of vape pens, similarly appeals to new users. Its pens vibrate when a user has inhaled for three-seconds, a way to help that person calibrate his or her experience. Dosist also markets strains that it formulates in ways that are accessible to new users, including selling one strain called simply “Sleep,” and another called “Bliss.”

Yet another area of growth centers on so-called sublinguals, or products delivered under the tongue, like cannabis tinctures, which are becoming more popular among newer cannabis users, largely because the THC dosage is easier to manage. In fact, the cannabis wholesale ordering platform Leaflinkhas said that cannabis-infused sublingual and tincture products, drops, tablets and strips were the fastest growing cannabis product categories last year.

But perhaps the biggest opportunity going forward may be edibles, which have been around forever but will most certainly begin to look and be marketed differently. DCM, for example, just bet $5 million on a new beverage brand that, beginning this summer, intends to sell flavored THC-infused shots that tell users know exactly how many milligrams they are consuming — along with how they might feel and when.

The company’s target market, as we wrote earlier this week, is women who wouldn’t necessarily smoke a joint but who — thanks to easing regulations, advertising, and smart packaging — are becoming “canna curious,” much like one of the firm’s cofounders, a former consumer packaged goods exec who began experimenting with cannabis herself last year.

And more form factors may be on the horizon. As Karan Wadhera, a managing director at Casa Verde Capital, told us during the panel discussion: “There’s a massive market opportunity out there in many areas” now that the industry has “started to show us that people really do care about actual precise dosing.”

Narbe Alexandrian, the president of the cannabis investment firm Canopy Rivers, fully agreed. He told attendees that “when you look at consumer data, and you look at intenders,” meaning those who currently don’t use cannabis but are open to it,  “then look at rejectors,” or people who haven’t used cannabis in the last six months and aren’t likely to consider it, “a lot of rejectors have tried cannabis. But they were turned off by it because they had a weed brownie that hit them too hard, and they never want to touch the substance again.”

The opportunity to sell both camps micro-dosing products is “huge,” said Alexandrian, suggesting that most people welcome more control when offered it. He also hinted that it’s also a wide open field, thanks to the awkward math of many current retailers.  As he explained it, it’s often the case today that a store will focus on how many milligrams it’s selling, instead of focusing on the products themselves. “So they’re thinking about selling a 100-milligram beverage for $10 and a 50-milligram beverage for $5” and forcing the customer to figure out how to dilute what they are buying. That will change in the near future, he said.

When she weighed in, panelist and longtime cannabis investor Emily Paxhis echoed the sentiments of both men. More specifically, she said, she has grown “very interested in lower-dose platforms,” especially as women begin seeking out more “moderate dosing” opportunities. She said to think of it as “akin to having a glass of wine or glass of beer, as opposed to, ‘I’m buying straight in for the double martini lunch.’”

Added Paxhis — who cofounded in 2013 the cannabis-focused investment firm Poseidon Asset Management, which hold stakes in a wide variety of companies, including Pax Labs, Juul, an HR startupfor the cannabis industry, and a data and analytics company solely focused on it — “There are many ways we can educate the consumer and help them feel more comfortable with [cannabis]. Having these lower-dose products in the market is one great way to do it.”