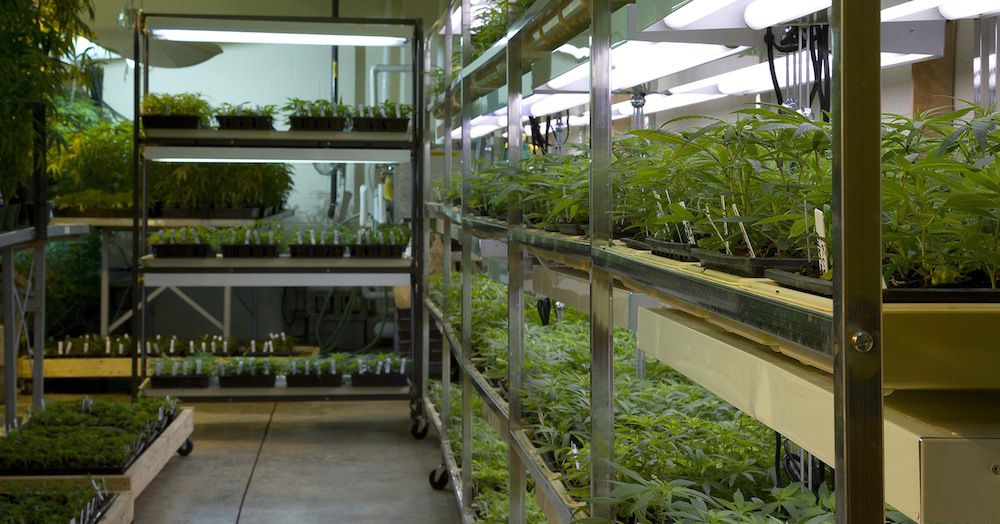 There are plenty of predictions about how cannabis farming is poised to go corporate, but Big Marijuana is not inevitable, says Ryan Stoa, a professor of law at Concordia University.

That doesn’t mean it won’t happen. But Stoa, the author of Craft Weed: Family Farming and the Future of the Marijuana Industry, argues that in a world where cannabis is legal, there is a route for cannabis agriculture to stay sustainable and local.

The idea for Craft Weed began when Stoa started hearing about water conflict in Northern California, specifically around marijuana agriculture. Before, the state government had been going after marijuana growers just for growing. But now, they are targeting them for issues related to water rights. “Cannabis, as an industry, is evolving so quickly,” says Stoa, “How do you manage a water rights system when the users are in this legal gray area?” Once he started looking into these issues, Stoa found that marijuana farming is largely unregulated, which means that there’s a lot of confusion and a lot of potential for policymakers to shape marijuana agriculture into the industry they want.

The Verge spoke to Stoa about what’s fending off a corporate takeover, potential legal regulations that could help the industry remain small, and the environmental impact of farming.

This interview has been lightly edited for clarity.

In the beginning of the book, you mention this Big Marijuana prophecy about how conglomerates are sure to take over. Where are we hearing this, and why is it inevitable?

With legalization comes a lot of hype about big marijuana and about marijuana changing from the black market where there’s a lot of mom-and-pop small-scale farming, at least in the United States, to one in which the industry will be dominated by one or two really large corporations, the way Philip Morris and Monsanto do. You hear this prophecy when it comes to fears about opening up the industry or from cannabis startups saying they want to be “the Starbucks of weed.” But something different is possible.

I’m not trying to say that Big Marijuana will never come to pass or there won’t be corporate involvement in the cannabis industry. Corporate involvement in cannabis is inevitable. I just don’t think it has to be a complete and total takeover. Just like in the beer market, you have the microbrews living alongside a thriving and growing craft beer market. There are a few big-picture reasons why I think that might be the case.

One is that the cannabis plant is capable of a remarkable amount of genetic variation. We think of it as one generic product, but that’s not the case. There have been incredible amounts of different cannabis plants, and each strain may have different characteristics for the consumer, each strain requires its own care-taking method for the farmer. That fact will make it harder for Big Marijuana to come to pass.

I think the simplistic vision for the takeover is that this 20,000-acre farm will produce marijuana so cheaply that it’ll flood the market with this generic product and run small-scale farmers out of business. But that’s hard to do if there isn’t a generic product in the first place, and the market is more differentiated.

Second, there’s a lot of interest among both the marijuana farming community and the consumer base to see locally made or locally produced artisanal products. On the regulator size, states have a role to play. You already see states like California putting a cap or limit on the size of marijuana farms, essentially saying, “If we’re going to legalize this industry, we want to spread the benefits to as many people as possible.” Other states are capable of replicating that model.

Another one is using an appellation system that will essentially mirror the ones we have for wine. So when we drink a bottle that says “Napa,” you can be confident it came from Napa, and Napa producers are protected because others can’t take advantage of their reputation by falsely claiming that it’s coming from them. You could see the same with cannabis.

If appellation were adopted, different regions could have their own products, which, again, makes it harder to take over the industry and produce a single one. Certainly, some will want the cheapest marijuana, but as the market matures, you’ll see a connoisseur consumer market emerge more than already so. There are a lot of reasons to think a craft weed model is possible.

“It’s difficult to usher a black market industry into a regulatory system designed to address corn or wheat.”

Right now, in California, it was estimated that there are about 50,000 marijuana farms. (And, for the sake of comparison, there are 3,000 wineries.) We’re still dominated by small-scale family farmers. A lot of estimates on the black or gray market activity are pretty fuzzy, but it’s already the status quo. So it’s not a matter of trying to create a family-farming model out of nowhere but of trying to preserve the rural development already taking place.

What effect would federal legalization have?

One of the interesting effects of federal prohibition is that it prevents any interstate commerce from taking place. So anytime a state legalizes marijuana, it needs to produce marijuana in state, and that’s requiring them to, in essence, create local industries of marijuana producers. In a way, the federal prohibitions alongside state legalization are giving smaller-scale producers a leg up. Once you have prohibition, you’re going to have across-the-country procedures in many different states.

With federal approval, you could finally have marijuana farming certified as organic. Right now, the US Department of Agriculture regulates the term “organic,” and since marijuana is illegal federally, states are not able to certify that. The organic marijuana market right now is a bit hazy, with lots of products billed as organic marijuana that are really far from that.

We’ve been talking about law, but what about the environmental issues of cannabis farming?

I wrote a whole chapter on the debate between indoor and outdoor farming and power use, which are two closely related issues. Both indoor and outdoor farming have significant environmental impacts and implications. For outdoor farms, you’re taking advantage of natural sunlight and soil, but you need water diversions, so you have to look at what type of water rights system you’re using and then the runoff. Are you using pesticides? Are they safe? Are they certified? Can you make sure you’re not running off into streams and damaging the ecosystem, wildlife, and downstream water users?

For indoor farmers, it’s a little different. They don’t have as many water issues, but they do have significant energy concerns. Indoor farms consume an incredible amount of electricity. There’s a third model — mixed-light or greenhouse growing — which has a little bit of the pros and cons of indoor and outdoor.

One interesting issue facing the marijuana farming industry is which of these models is going to dominate. States like Colorado are largely adopting indoor, and California is largely adopting outdoor growing, but both models are going to have to face environmental consequences. Marijuana is just like every other crop: you need to comply with all of the other regulations. But since marijuana is such a unique industry and such a unique crop, it may not be time to regulate like every other agricultural product. So that means a lot of effort and thought.

Marijuana farming remains pretty labor-intensive and relatively specialized. A lot of it requires intense hours and significant skill sets. Plus, the popularity of the strains really fluctuates, and the high level of care and uniqueness really differentiates it.

Plus, it has such a unique historical context. Cannabis was grown extensively in the US in the form of hemp, but the psychoactive marijuana farming side of the industry as we know it grew up on the black market. It’s difficult to usher a black market industry into a regulatory system designed to address corn or wheat.