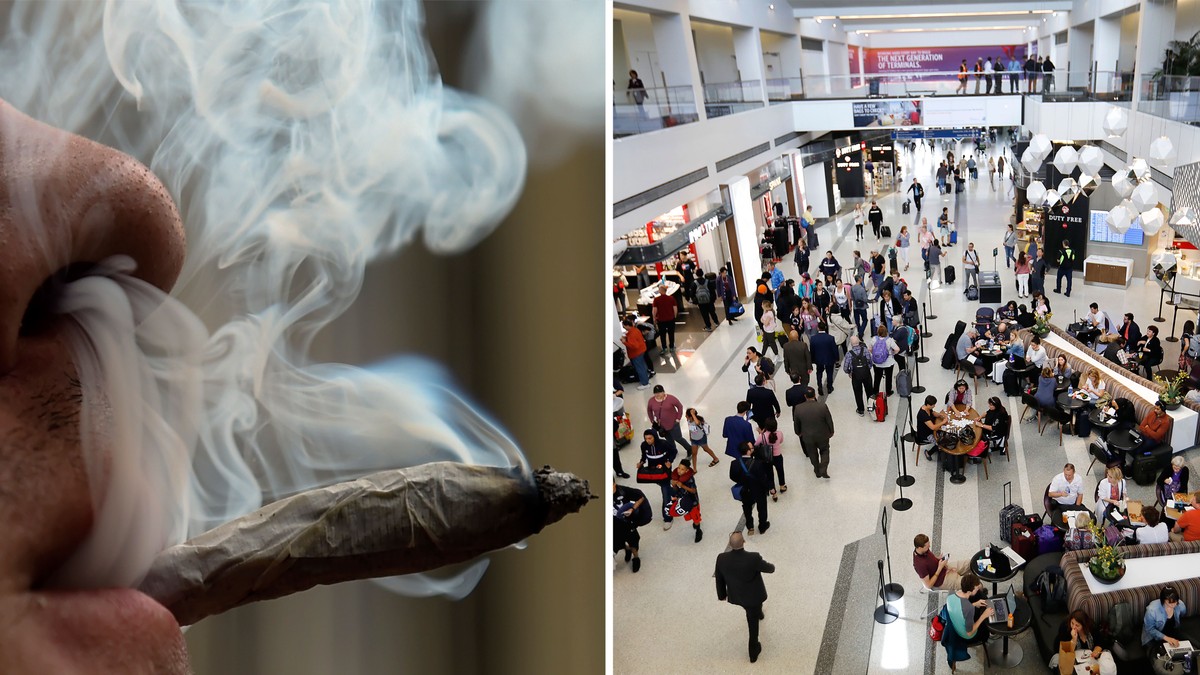 It looks like travelers in Los Angeles won’t have to cram their weed inside balled-up socks or stash it in their ibuprofen bottles next time they fly—because LAX is totally chill about bringing pot into the airport now, ABC 13 reports.

This week, Los Angeles International Airport posted a new marijuana policy on its website, announcing that LAX and the LAPD will now let people stroll onto their flights carrying cannabis, as long as it’s under the legal limit.

That means that, as far as the cops are concerned, it’s totally fine to carry up to an ounce of weed into LAX—but don’t expect to just sail through TSA with it. TSA federal agents can still hassle people trying to bring a bag of Trainwreck or whatever through security, since marijuana possession is still a federal crime. If you’re caught with weed in security, TSA agents might pull you aside and call in the police to determine whether what you’re carrying the statewide legal amount.

“TSA’s focus is on terrorism and security threats to the aircraft and its passengers,” Lorie Dankers, a spokeswoman for TSA, told ABC 13. “Whether or not the passenger is allowed to travel with marijuana is up to law enforcement’s discretion.”

Of course, if you’re packing less than 28.5 grams, the LAPD will probably just turn you loose, but security is a nightmare enough as it is without getting pulled out of line to wait for a cop to come and weigh your stash. Plus, as the policy points out, the weed in your bag may very well be illegal when you land, depending on where you’re headed. LAX is apparently leaving it up to individual airports to keep tabs on people potentially strolling off their planes packing California weed.

LAX is the first major airport to take an official stance about marijuana on their premises—San Diego International Airport doesn’t have a policy on weed, according to ABC 13, and the Denver airport still has a ban on marijuana, even though the stuff is fully legal in Colorado.